Tips: This video does not understand the difference and cannot prove that your hearing is not good. You can only prove that the network compression is more serious, interested friends, please download 32bit / 192khz or 96kHz original audio files in the link. 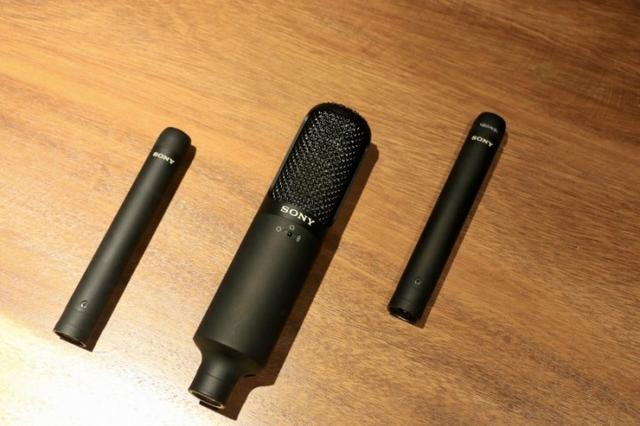 But let us put down the microphone, let’s talk about several historical fragments about Sony, not much from 1950. 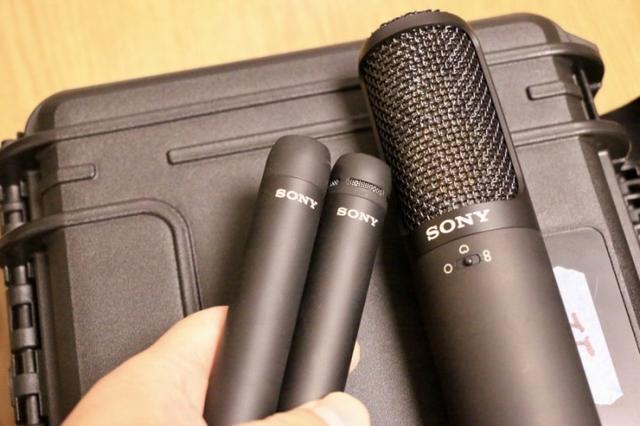 In 1983, SONY Jointly issued a laser record (CD) in the United Netherlands Philips 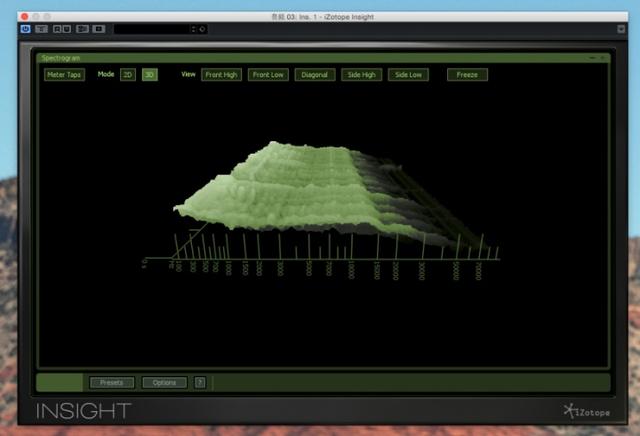 Walkman, portable CD machine, MD accompanied by 80 after the student era, carrying our splendid days and beautiful dreams, accompanied by countless music and singers … this is unbearable memory. 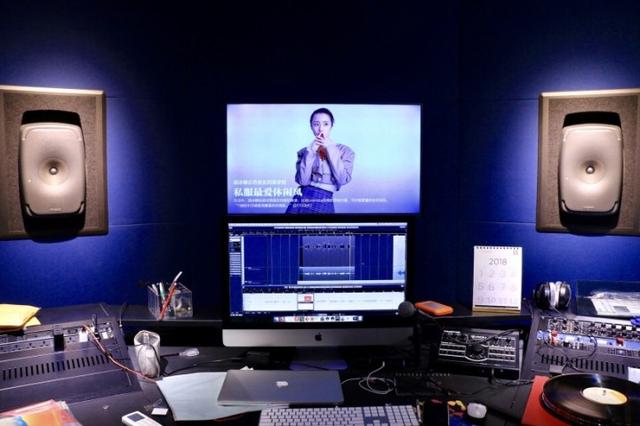 And the time is in 2000, it seems to have any problems … Let’s go back and then add another invention that affects music spread: 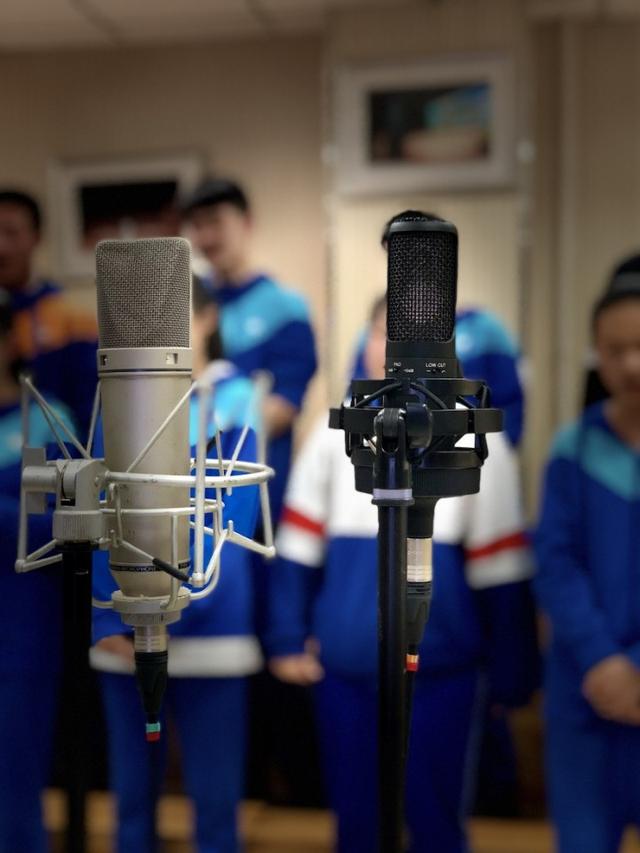 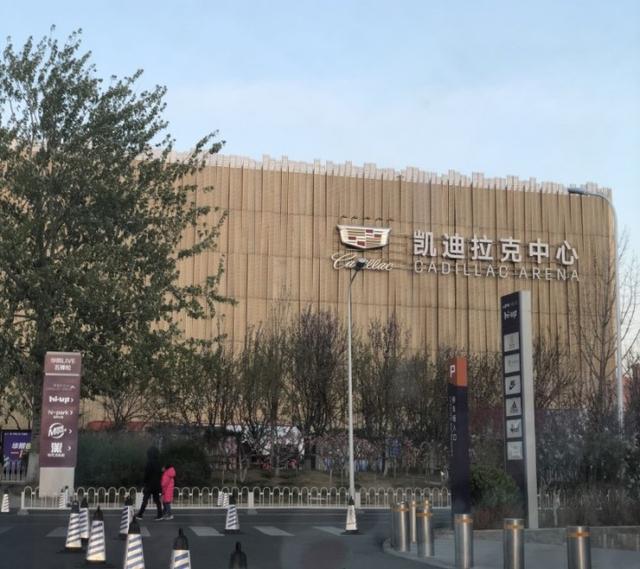 IT changed the world and changed us, turned around for more than ten years, Sony couldn’t stand.

Today, the three microphones come to my hand.

First of all, the first question: What is Hi-RES?

The full name Hi Resolution Audio, that is, high resolution audio. Its demand for music files is that the sample rate of the PCM format is much larger than the 44.1kHz used by the CD, the bit bit is greater than 16bit (usually 24bit / 192kHz standard), or the sample rate is much larger than the DSD of the PCM format, DSD audio is single The bit value sequence captures the sound signal, the sampling rate is extremely high, reaches 2.8MHz or 5.6 MHz. This is the limit that the digital sampling file can be close to the original simulated sound source.

Everyone pays attention to the last sentence, it means that it is as possible to go close to the sound of the analog times before 1983. 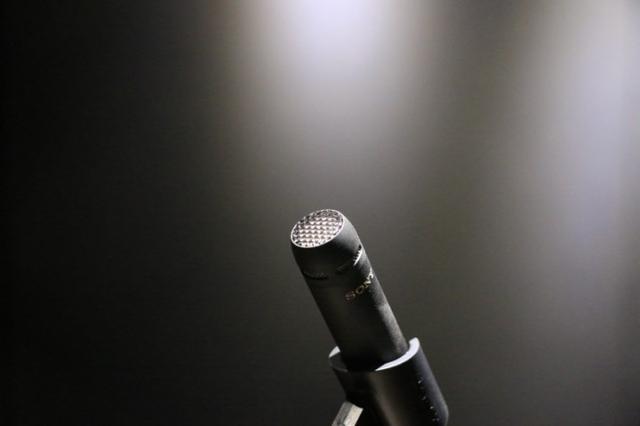 Second question: What is the meaning of 50kHz? 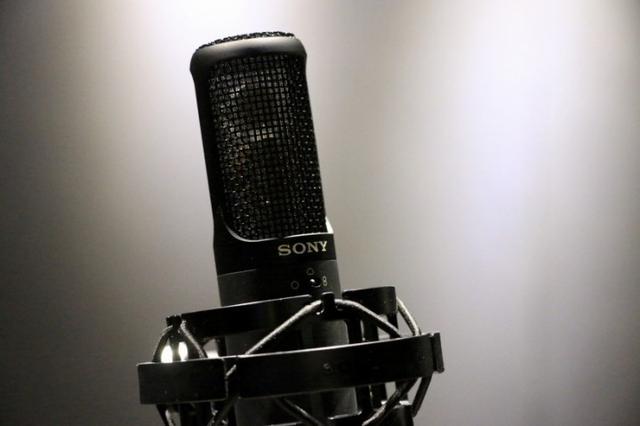 Can 20KHz or more people can hear let us first make a question mark, here to think about this problem.

(This figure is provided by Teacher Zhu Jie)

Don’t say MP3, that is, 24bit / 48kHz WAV file, the upper limit frequency is limited to 24kHz. The device on the analog era is also 20kHz, but there is no such steep cliff curve at that time, but a relatively soothing curve, this is an important difference.

I will give you some important indicators for simulating classic equipment:

An important indicator in the above data is the ultimate frequency or the upper limit frequency. In order to prove this, I will take a very cheap black rubber player to do a preheating test. 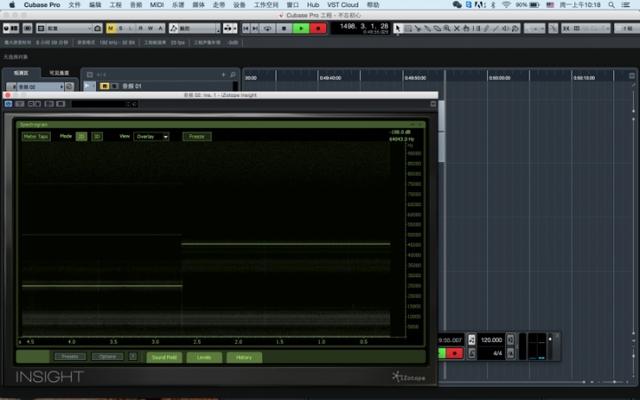 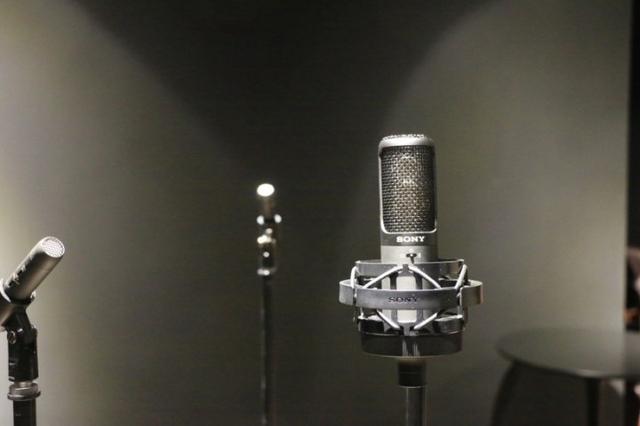 You can see 35kHz to 50kHz information, harmonics can even reach 65kHz. The spectrum is a rhythmic model, indicating that this is completely expression of music, not noise or useless harmonics.

For ease of comparison, I downloaded this song’s 320kbit / s version MP3, but the higher format was not found, the comparison results were as follows:

Left is the black glue, 20 kHz is gradually weakened, but the information can still reach 50kHz; the right is MP3, 18K-20KHz is somewhat deficient, 20K is cut, and the above frequency is blank. 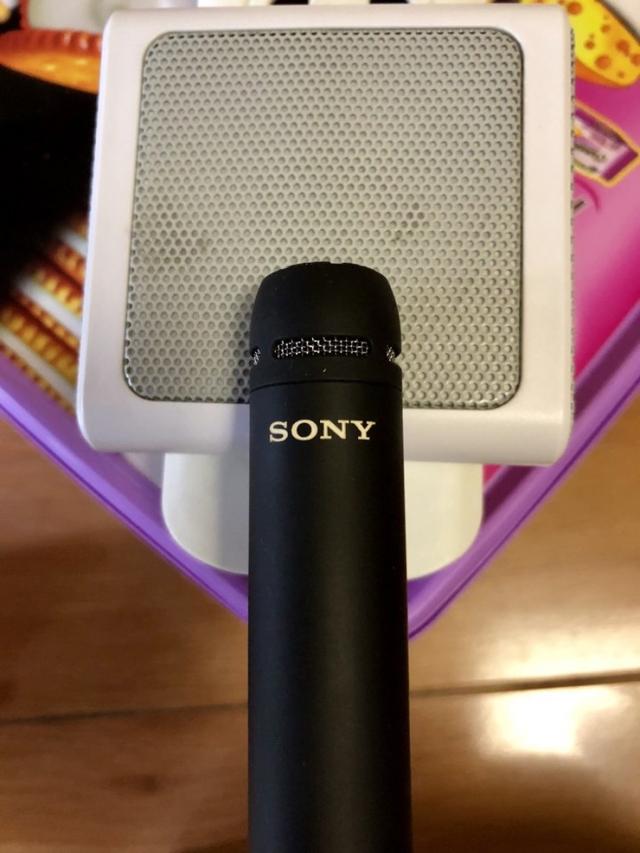 Double diaphragm design, which is small in which 17 mm diaphragm is only used to pick up 25 kHz-50 kHz; To see the spectrum, it is SONY C-100, and it is another microphone.

The ultra-high frequency picked up by SONY C-100 can be 50kHz, and even more well, and the other familiar microphone can reach 25 kHz.

The spectrum is still very obvious, maybe everyone will be asked very obvious? I can say clearly that there is no obvious, but still obvious, I use AKG 271 headset, frequency response is 16Hz-28kHz.

I put the audio files I recorded on Baidu network disk asked everyone to analyze, the condition is to have a 192kHz sampling frequency sound card and a high frequency over 20kHz headset or speaker, the link is sent again:

Under the comparison, this part of this high frequency ingredient will not make people feel very bright, but more air sense, the sense of room, relaxation.

The most important thing is the energy. You can see four cylindrical spectrum from the figure below, the expression is ultra-high frequency, but in fact this is four strengthening tones in the chorus.

It can be seen that the high sampling is meaningless to ultra-high frequency, but also make sense to dynamics. It is more relaxed in the auditory, and it is hard.

Personally feel another microphone, some ultra-high frequency information is also picked up, but 20kHz-30kHz has been in a curve that responds to a decline, so it sounds like being pressed.

I did another test, this time, using Sony ECM-100U small vapor membrane to point to the microphone to pick up the minimum sound and maximum tone of the piano. 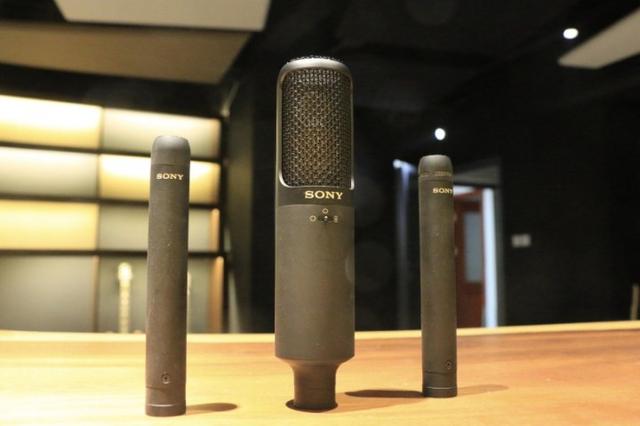 The spectrum is as follows:

Left is the piano minimum sound (A0) Theoretical fundamental frequency 27.5Hz, its harmonics to 7kHz clear, until 40kHz still have information, not only the sound of the piano itself, the room information is also there. 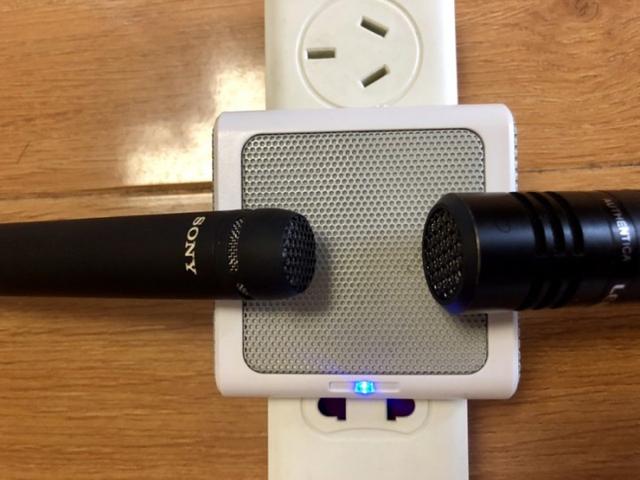 Right is the highest tone (C8) theoretical fundamental frequency 4186Hz, and its harmonic to 20kHz is clear and continued to 40kHz.

This test gives me the feeling of high frequency ≠. 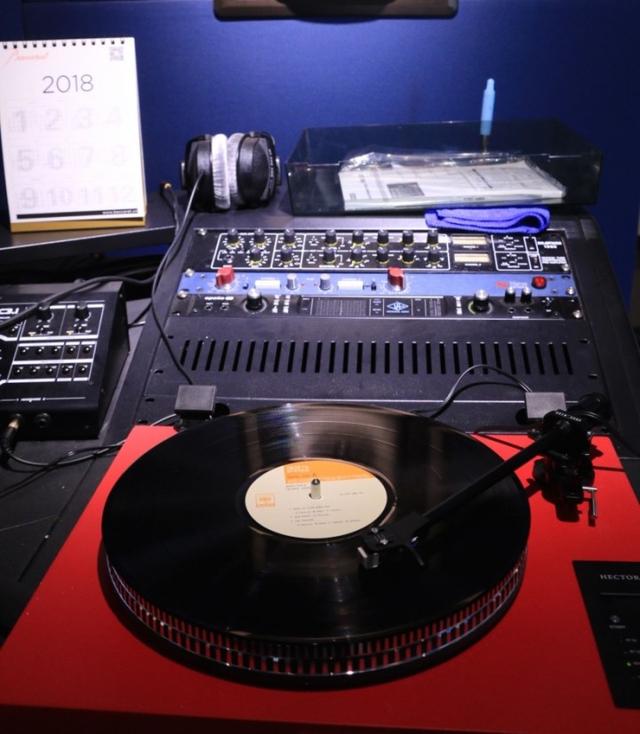 First look at the spectrum: 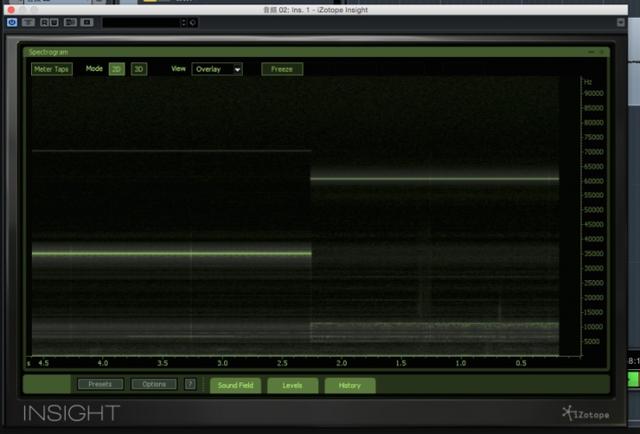 This time I tried the 96kHz sample rate recording, recording the song “unforgettable initial heart”, can see the top of the column is flat, Sony C-100 picking capacity is locked by 96kHz sampling rate Within 48kHz, ultra-high frequency is not completely included, the singer is more close to the microphone, the energy is more powerful, and the frequency limit of the other microphone has reached 30kHz.

This is to get the correct open mode of the Sony Hi-RES microphone, that is, the 192kHz sampling frequency starts.

This contrast I use the Genelec 8351 to listen, frequency response 32HZ-40KHz (-6dB), is also a listening speaker product with high frequency cap.

The difference in listening is still obvious, and more obvious is that the Sony-C100’s female voice is more humid, the sound bottom sound and the continuity of the sound signal are advantageous, and the C-100 is stable when the sound signal is continuous. Strong, the sound of another microphone shows distortion. (Compared to the document, see the above network disk link)

My understanding is that the purpose of high sampling is not just to get ultra-high frequencies, but to get more details.

Since I come to an abnormal experiment, the ultrasonic mosquito repellent is the only ultrasonic device in my home. 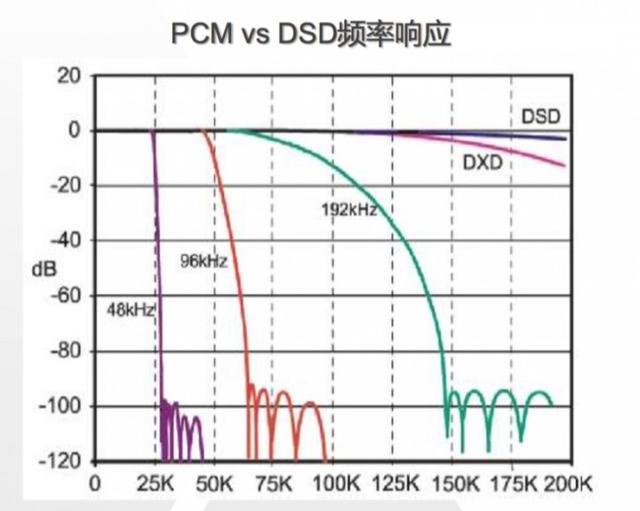 The auditory range of mosquitoes is said to be more than 60kHz, which can reach 60kHz, and ultrasonic mosquito repellent will send a pure tone of 20 kHz to drive mosquitoes, and 8 ultrasonic frequency points are uninterrupted. The reason is very simple, keeping 4khz, 8kHz pure sound, human beings will also be driven, human beings, this trick is really damaging.

Today, the SONY ECM-100U small vapor membrane heart shape points to the microphone, suitable for the pickup of the instrument, and we temporarily use the ultrasonic mosquito repellent as a musical instrument.

Continue to see the spectrum:

The family is recorded, I did 15kHz directly on the channel, filter out the room noise. It can be seen that the ultrasonic mosquito repellent is switched between 25kHz and 45kHz, and the ultrasonic intensity of the pick is basically consistent.

Slightly increase the gain, you can see 36kHz to switch to 60kHz, the recorded signal strength is reduced but still clearly, thereby proves that the upper limit frequency of the SONY ECM-100U 50kHz is not discounting. 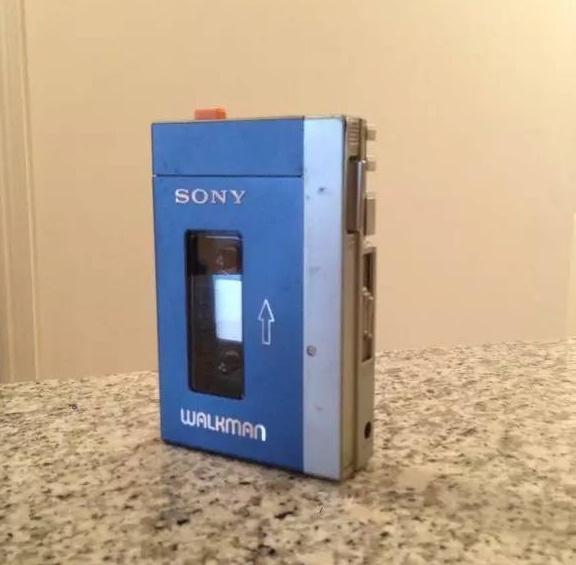 The next is a comparative test, which is a small vibration membrane heart-shaped microphone. 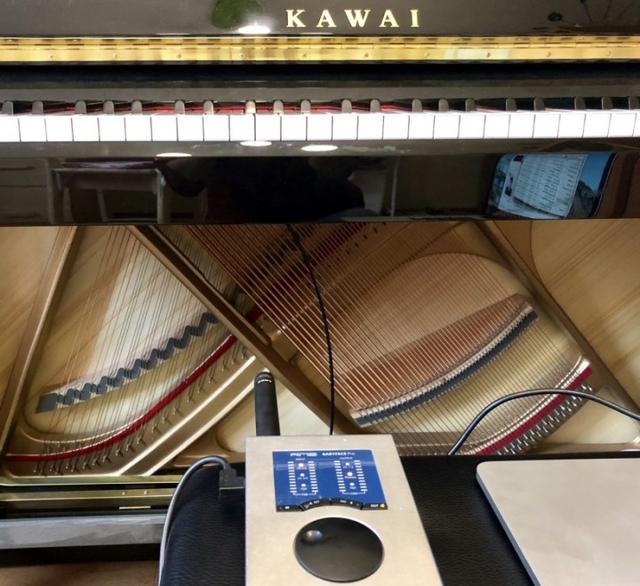 In the case of standard gain, SONY ECM-100U picked up the ultrasonic waves of 46 kHz thinner, and the other microphone did not know the ultrasonic information.

So I increased the gain of the two words by 10 dB, the bottom noise of SONY ECM-100U, but mainly concentrated in 70kHz, at this time, the ultrasound of 46kHz is clearly visible;

The other microphone has brought a lot of clutter, and the ultrasonic frequency is difficult to distinguish.

It can be seen that the difficulty of HI-RES microphone design is not only for ultra-high frequency picked, but also in anti-interference performance.

There is a related audio file in the network disk for reference, I recorded three sections, the first two paragraphs of ultra-high frequency are not obvious, when the return of the “1973” iconic drum point and Bass sound, the audience stands to follow the rhythm of the song Take a palm, cheer, spectrum is active.

It can be seen that each applause can reach 50kHz, which is also the most high moment of this concert, which sounds this sound is neither pointed or noisy.

So my feelings are: ultra-high frequency contains energy, 20 Hz-20kHz cannot be given 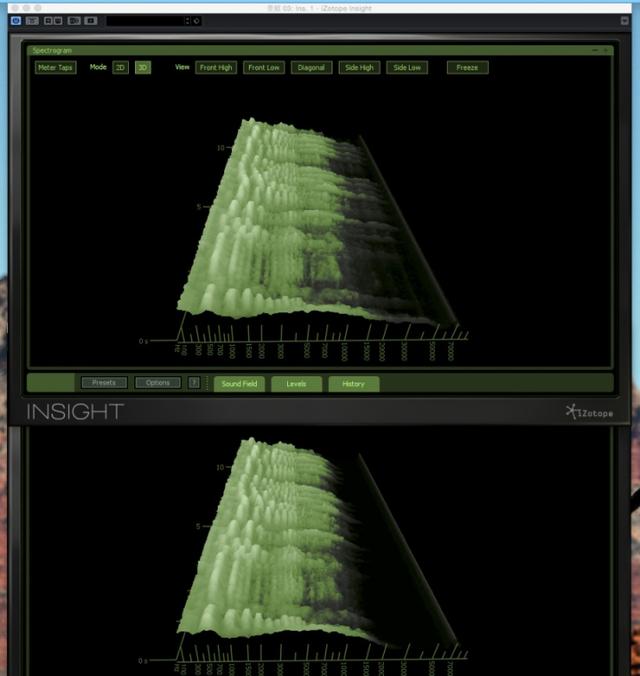 Written in the last

20HZ-20KHz is the hearing range of human vessels. This sentence has always been around me in recent time. Which should we pursue high sampling, pursue ultra-high frequency?

The high speed limit is 120km / h, but there is no household car to set the factory’s maximum vehicle speed as 120km / h.

The human eye can only distinguish 30 frames per second, but Li An still took 120 frames of “Bilingen’s midfielder” 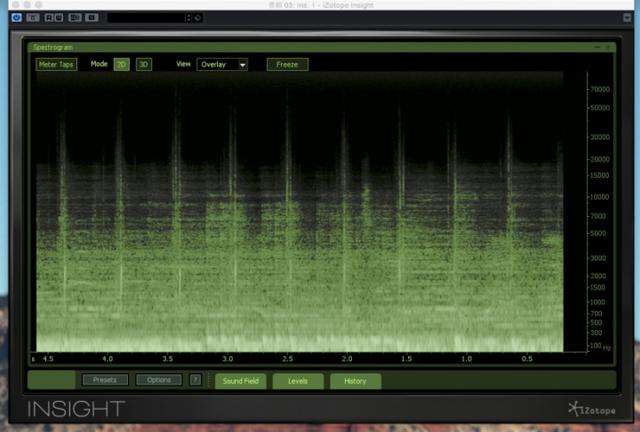 The amount of information in the sound itself is far more than 20Hz-20kHz, no matter the sound, rain, the piano or sing.

The sound of 20kHz or more is not fully heard, but because it cannot distinguish the sound is difficult to clarify. The earphones on the market, the speaker frequency limit of more than 40kHz is everything, the 192kHz sound card and the decoder are large, and DSD gradually enters the consumer market. The biggest factor that originally prompted MP3 crazy development is the speed of the network, and now 4G, 5G, which has not been a problem.

The number is still good, this debate has always existed from the moment of CD, Sony is one of the CD standard setrs of the year, and for so many years, Sony’s recorder microphone only launched a year, that is, the world’s most The C-800G of your telt is close to 10,000 US dollars.

The newly launched three HI-RES microphones will be analog equipment, which will again affect the digital audio field.

Sony’s story is here, but there are many thinking. The number of storage, replication, and communication are revolutionary, and for thirties years, many audio workers have been tired of pursue, but the sound is closer to the simulation. Although the heavens and the earth are wide, this road is difficult to go.

The spectrum is as follows:

There is always some information that is difficult to capture. 50K is very far away, but it is just a double frequency of 25kHz, which may be a harmonic that makes a frequency, and this may be a window to the future..

This article is one of my refreshments since I wrote the evaluation. There may be some indiscriminate, even mistakes, very eager to get everyone’s opinion, there is a mistake, please help me with it to extend the discussion.

1. This article quotes from the Internet to deliver more network information, only represents the author’s own point of view, and has nothing to do with this website.

2. This article is for readers only, this website does not confirm this content, its original, authenticity, integrity, and timely assurance are not guaranteed.