On June 16, the Shanghai Disney Resort will usher in the fifth anniversary of the opening.

In the past five years, how many tourists have played the “Pirates of the Caribbean -Battle of Shen Luo Treasure”?

How many plush toys did the resort sell? Which one is the most popular?

What is Disney’s most popular food? How many corn hot dogs have been sold in 5 years?

Let’s take a look at the magical figures about Shanghai Disney Resort!

Selling 5.77 million plush toys, the Star Dailu series is the most popular 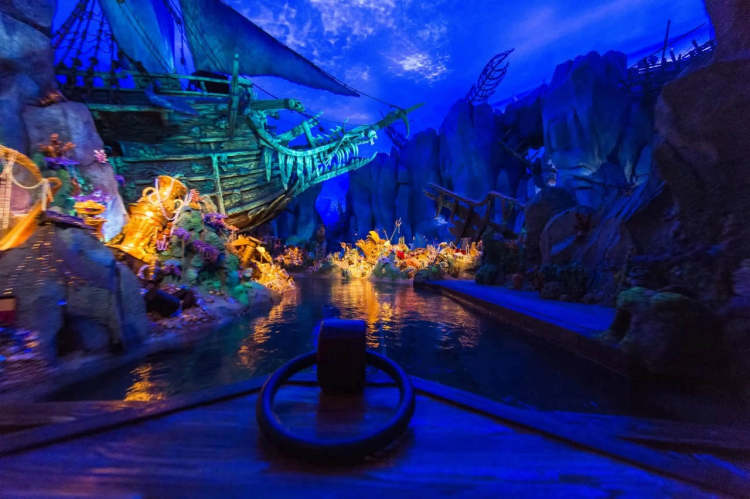 △ Star Dulu, one of the best plush toys sold

Among these products, the head hoop is one of the most popular products. The resort has launched more than 219 head hoop styles.

In the past five years, a total of 57,700 plush toys have been sold in the resort. This is equivalent to one of every 4 Shanghai citizens with plush toys with at least one Shanghai Disney resort.

Among the plush toys, the star Dailu series plush toys are the most popular. Since Xingdulu joined the Shanghai Disney Resort in 2018, if all the Star Delu themes sold in the resort are superimposed, the total height is equivalent to 119 Mount Everest.

△ Badge is also one of the most popular souvenirs for tourists

A total of more than 2.5 million badges have been sold since the opening of the resort. Badge exchange activities are one of the most popular traditional activities of Disney.

Over the past five years, Le Shutong photographers have taken about 90 million wonderful photos for tourists in the resort, excluding the countless unforgettable moments taken by tourists themselves. In the past five years, tourists visiting Shanghai Disneyland have collected about 9 million seals with their dream passports.

△ Mickey and Minnie Ice Cream are loved by people

Since the opening, Disneyland and two theme hotels have launched more than 6,000 various types of dining options. Among them, Mickey and Minnie’s classic ice cream are one of the most popular foods in the paradise. A total of about 5 million pieces were sold within five years.

Another iconic and popular cuisine in the park is the corn hot dog of the expedition island. So far, about 2 million corn hot dogs have been sold in the park.

In the past five years, there have been more than 10 million rice in the park, and the total weight is equivalent to 15 Boeing 777 passenger planes.

In the past five years, the park has sold more than 4.4 million burgers, which is equivalent to 688 Shanghai Central Building. 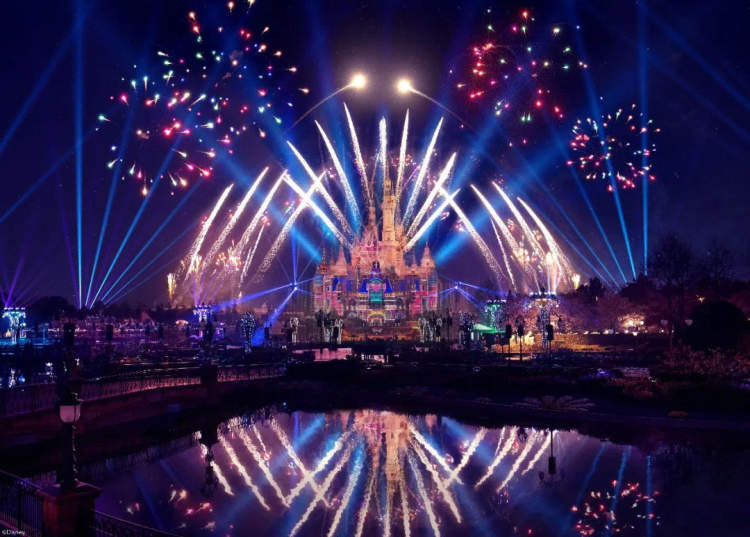 In the park, which amusement items are the most popular?

In the past five years, the total sailing of “Jingcaiqi” ​​cruise ships exceeded 139,000 kilometers, which is equivalent to about 3 and a half laps around the earth.

More than 33 million tourists have embarked on the adventure of the “Caribbean Pirate -the Battle of Shen Luo Treasure”. 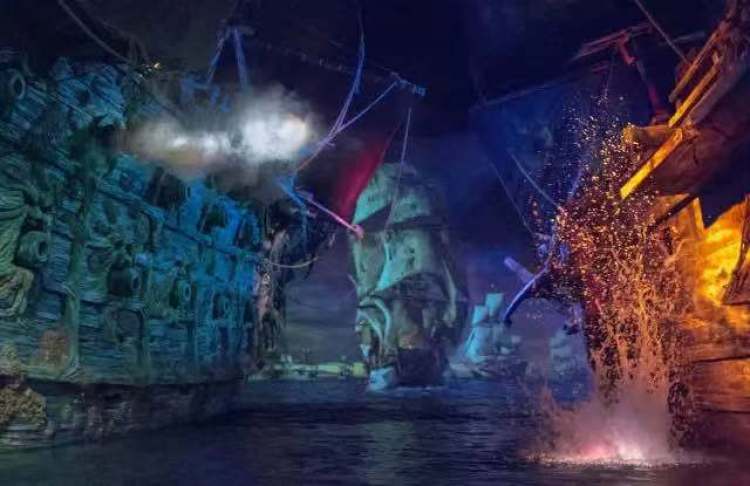 △ You can leave your scream on the speed wheel and fly over the horizon?

The total operating mileage of “Chuang Speed ​​Light Wheel” exceeds 1.6 million kilometers, and the length is about 300,000 laps around Shanghai International Circuit.

“Soaring · Flying Horizon” has a total of more than 21,000 hours of tourists traveling around the world, which is equivalent to 1500 flight flights from Shanghai to California.

Have you ever played the spring dogs of Disney Pixar Toy Story Park? “Since the opening of this theme park in 2018, this” spring dog “chased his tail and ran about 990,000 laps.

The “Mickey Fairy Tale” float parade is also one of the projects welcomed by tourists. In the past five years, it has a distance of 2,200 kilometers, which is about the distance from Shanghai to Kunming.

The favorite of girls must be Princess Aisha. Since the opening of the resort, the song “Let It Go” “has sang more than 17,000 times in” Frozen: Singing Festival “,” Mickey Fairy Tale “and” Light Light Dream: Night Phantom Show ” Essence

How many times have Disney pirates shouted? In the past five years, in the performance of the “Storm Coming -Captain Jack’s Alarming Specialty Adventure”, the pirates shouted at least 120,000 “yo roar”.

△ Is the flower bed at the main entrance familiar?

Every festival, season and activities, Disney friends will change new outfits. Do you know how many sets of clothing do they wear? It is 741 sets! In the past five years, in various seasonal celebrations in the resort, the clothing team specially customized the theme clothing for Disney friends with 741 sets of different styles of clothing.

In terms of environmental decoration, during the Spring Festival celebration, a total of 2956 various lanterns was used for theme layout. In the Halloween season, 5766 pumpkins of pumpkin were used for theme decoration.

Do you have taken photos with it at the Mickey Flower Test of the Paradise? This flower bed will continue to change according to different celebrations and activities. At present, 8 different themes have been presented: classics, New Year, spring, summer, Dafi Moon, Halloween season, Christmas season, and the latest 5th birthday celebration theme. 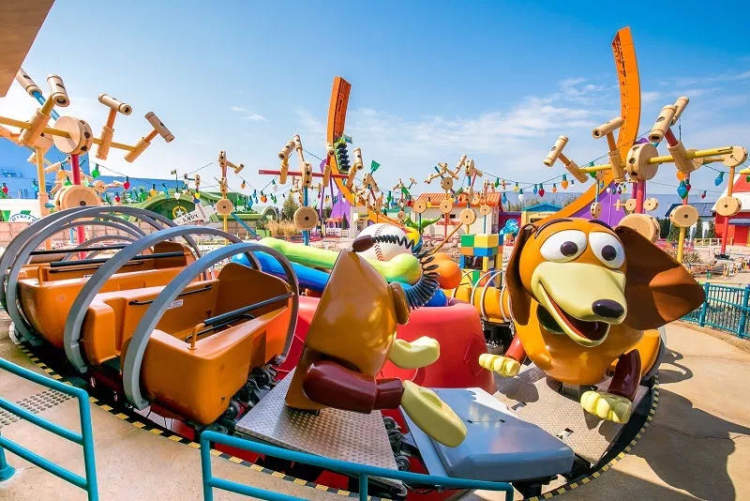 One of the magic of Disney is that front -line cleaning staff will paint on the ground! In addition to the completion of daily work, the cleaning team has created more than 200 various “magical moments” water painting patterns in five years.

Have you ever taken a photo with it on the huge Tang duck on the Xingyuan Lake? Since July 9, 2018, the 11 -meter -high “Giant Meng Donald Duck” has appeared on Star Wish Lake, and has attracted more than 13 million tourists to check in.

Have you ever been sitting on Disney -colored planes? The Shanghai Disney Resort has cooperated with China Eastern Airlines to launch five Disney -themed painting aircraft, with a total of more than 3 million passengers, with a total mileage of more than 25.93 million kilometers, and its length is equivalent to 647 circles around the earth. In the second half of this year, the 6th driving aircraft will fly to the blue sky. 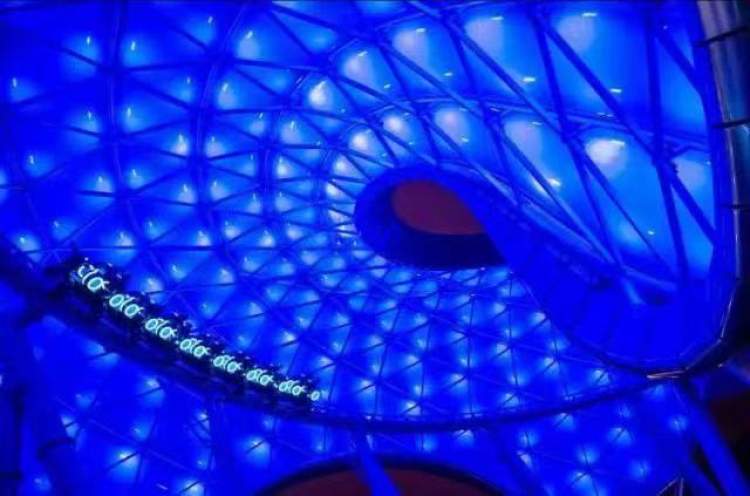 The plastic bottle recovered in five years can pile up 2,700 Disney Castle

Since the opening, the resort has insisted on the use of processed lake water or river water for park irrigation and ground cleaning. It has accumulated water saving more than 6 million cubic meters, which is equivalent to 2,400 Olympic swimming pool capacity.

If the resort recycled the plastic bottle that has been recycled in the past five years, its height is about the height of 27,000 fantasy fairy tale castles.

Over the past two years, the Shanghai Disney Resort has reduced the use of about 3.8 million ordinary plastic straws, 1.1 million tangent drinking straws, and 1 million plastic stirring sticks through environmental measures.

The good ecological environment of Xingyuan Park has attracted many wild animals to settle here. So far, 115 kinds of birds have been observed here.