Some time ago, Mr. Chen from Hangzhou bought a table online. He reported that after the measurement, it was found that the thickness of the table board was 1.5 mm less than the product introduction, and the merchant customer service did not recognize it, allowing him to measure many times. But no matter how it operates, the other party does not recognize it. 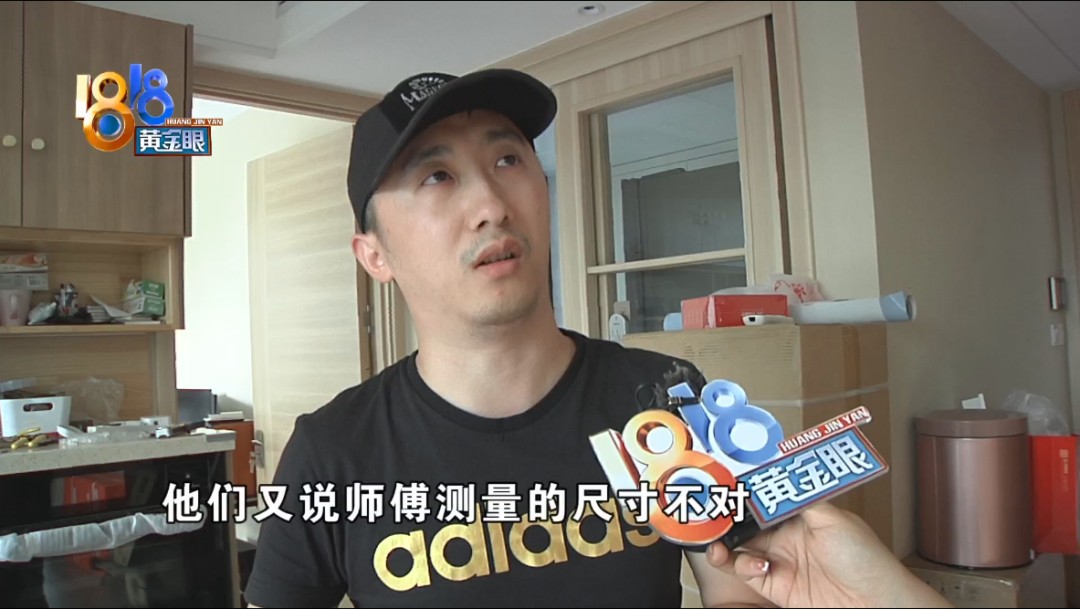 Mr. Chen: “They promoted the page, the thickness of the rock plate was 12 mm, but after that, I felt a bit thin. I used a slightly slightly measured, about 10 mm. I feedback to the merchant customer service. Measurement, probably this size, the master didn’t say anything, I asked them later, they said that the size of the master measured was not right (their own masters to measure, they did not recognize). “

In early June, Mr. Chen purchased a table and 4 chairs at the official flagship store of Tmall, Quanyou Home. In the product introduction page, the tableboard of this table was 12 mm thick, divided into A model A and B. The size is divided into 1.4 meters long and 1.6 meters long. 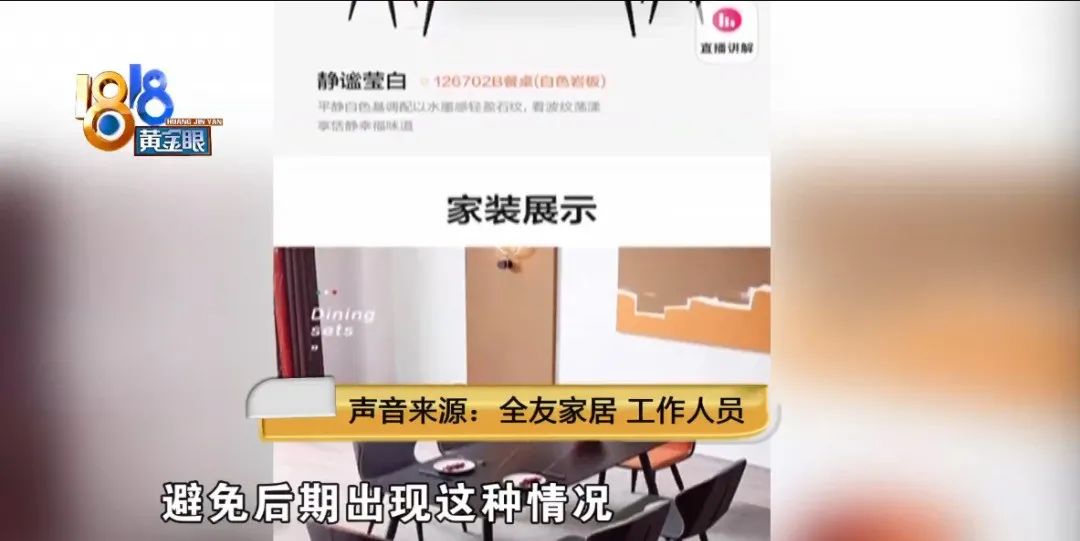 In the purchase of the product options, there are tables of different colors or different lengths, with various chairs, but there are no options with the thickness of the table board.

Mr. Chen said that in his opinion, the thickness of the table board was the same, all 12 mm. The customer service of Quanyou Home did not recognize the results of the master’s door -to -door measurement, and let him measure again. 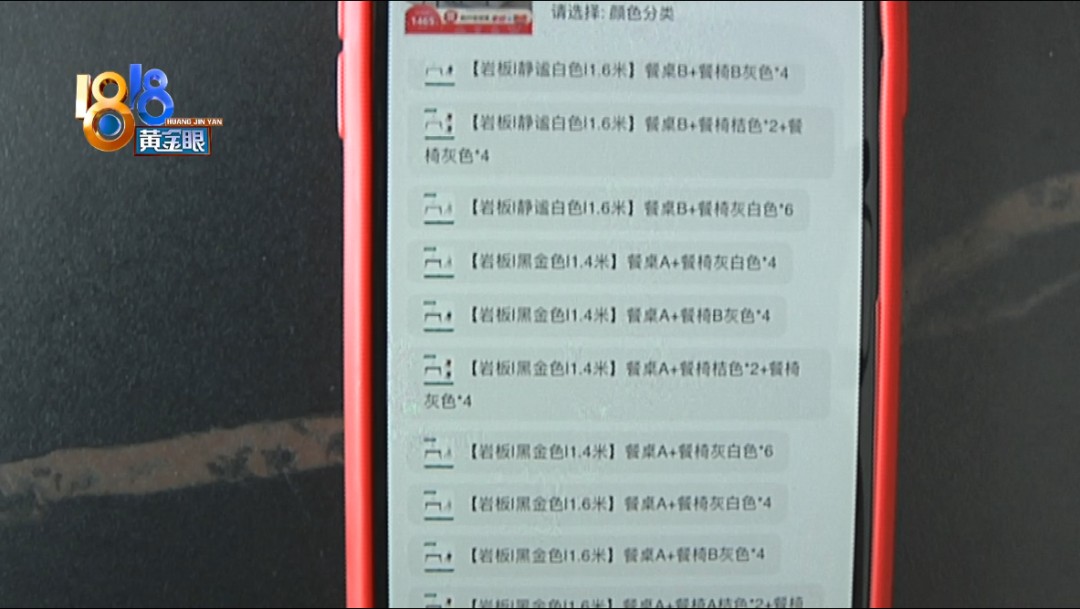 Mr. Chen: “I just started to measure it with a gao ruler. (Customer service) said that the measurement method was wrong. I asked me to measure it with a tape measure. I hung it here like this, and shot it to him. He said that this was wrong. The second centimeter began to test, but my second centimeter (start testing), probably this size, about 10 mm, no 12 mm, he told me to change other ways, it feels a bit annoying, there is nothing good in a size, there is nothing good about one size. For quantity, he said that he verified it with the factory, that is, 12 mm. If the factory really measured, the size of the size is not the same. In terms of percentage, more than 10 % of the percentage is concerned. The error is relatively large. If they are like this, I think this should be falsely propagated. “

Mr. Chen said that according to the requirements of the other party, he measured three or three times before and after, but no matter how the thickness of the table was less than 12 mm. Subsequently, the reporter called the situation of the official flagship store of Quanyou Home Furnishing on the Tmall platform. Later, I received a reply from the whole friends home manufacturer.

All -friendly home staff: “The state has a error range for such production materials, or home products. The rock plate is a new material, but it is generally a man -made stone. The standard of the stone, but the artificial stone is currently clearing the quartz stone and the stone gangstone, there is no clear rock plate, but we can refer to the deviation of the size of the two specifications, the deviation of the thickness. In about a few, there are 0 o’clock (what is the result measured by this table manufacturer). Then there is an error, and then here, we will identify on the page to avoid this situation in the later period, but Our products are definitely, there are no quality problems. “ 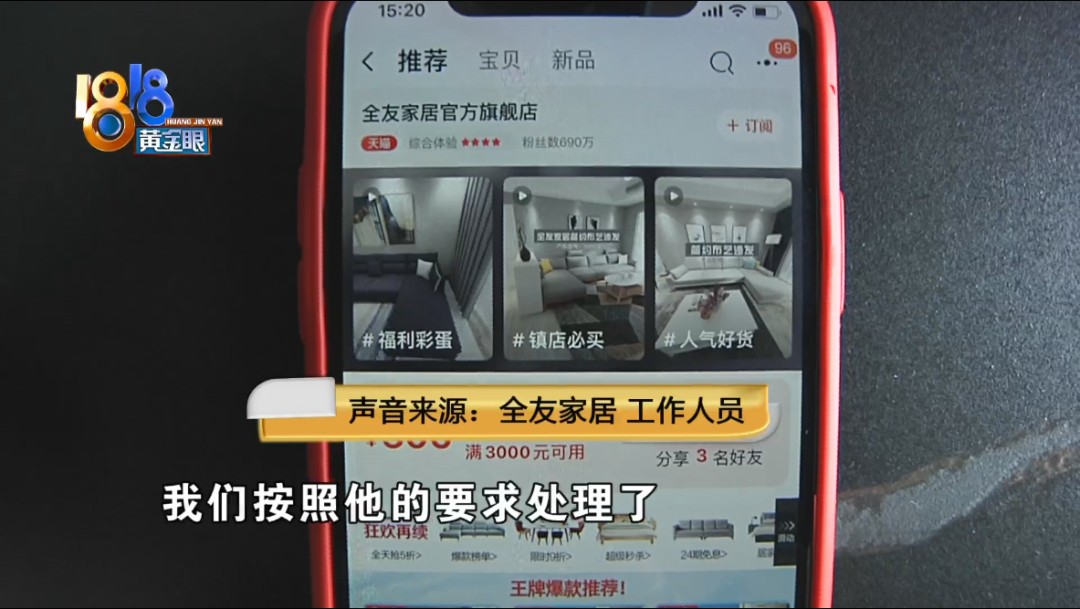 Mr. Chen said that he paid 2330 yuan for this product and returned 800 yuan after the transaction. Since he is complaining, 800 yuan has not returned to him for the time being. The actual price of the product is 1530 yuan. Lost three.

Quanyou Home Staff: “He still recognizes the quality of our products, so he decides to continue reserving. From the perspective of increasing his satisfaction with our brand, we handle it according to his requirements. In terms of, we can not handle it like this, but if we have been arguing with customers, it is actually not conducive to the solution of the problem. “ 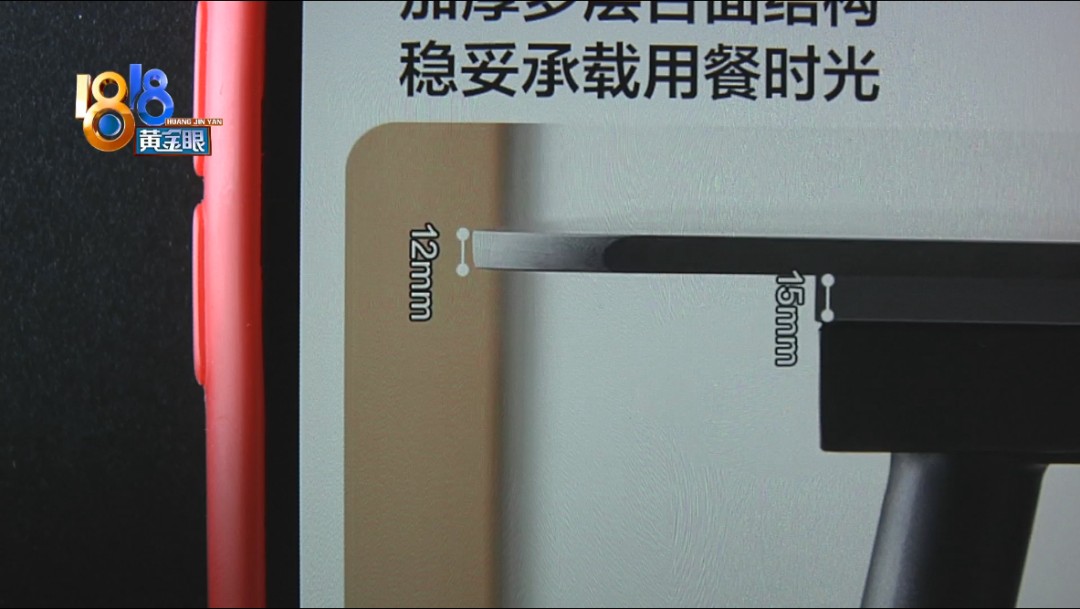