[Pacific Automobile Network New Car Test Drive Channel] If you have a small SUV, what do you want to get from it? The pleasure of secreting adrenaline or the cross -country strength of the mountains and rolling mountains? This is obviously unrealistic, but this does not show that small SUVs cannot make a difference, especially for a joint venture small SUV with a starting price of less than 100,000 yuan. It is Changan Ford Wing. After wing welcoming the medium -term modification, many changes still made people shine. Under the wave of pursuit of youth, whether the new youthful positioning is showing self -personality or following the flow. This is the issue that I care about most and why I look forward to it.

Talk about the changes in the new wingspu

If it wasn’t for this change, Perhaps Ford’s name was forgotten by many people. Although this figure is small, he does not forget to show his muscles. At the price of less than 100,000 yuan, he once became the goal of young people who love SUVs. The small schoolbag has a big brother’s style, and the word “go away” is very suitable for him. However, the emergence of the new Ford Wing Bo has brought a lot of changes. One of them is the test drive model -2.0L four -wheel drive wing type. As a new model, 2.0L naturally aspirated engines, timely four -wheel drive systems, and multi -connected rear independent suspension are its highlights, and it is not just these. 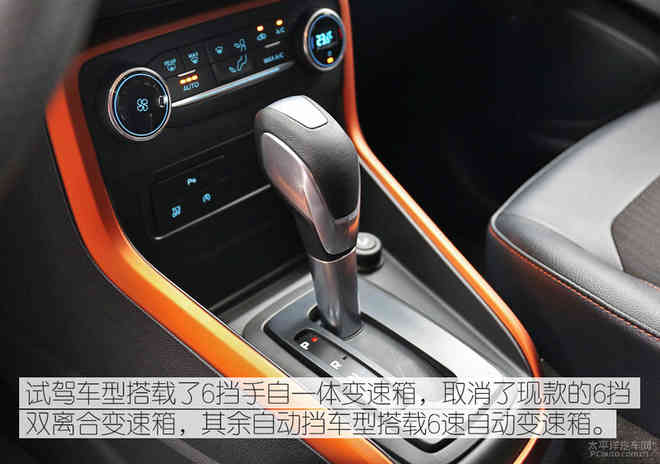 The first impression of the new Ford Wing is a long temper. The new car adds more rough lines, the lines of the cover are more stylish, plus the larger inverted trapezoidal mid -network and the sharp headlight shape, which is indeed more imposing than the current model. The shape of the headlights and the front fog lights changes. The headlights are designed with a distant and near light, and the near -light lights are added with the lens. The internal structure of the headlights is more geometric three -dimensional, and it looks more magical. The test drive model is equipped with a sturgeon headlight, which is not available in the current model. The test drive model also adds a sports appearance kit, black grille, blackened headlights, and front and rear blackened bumpers and black aluminum alloy wheels to make small wings look more temperament. 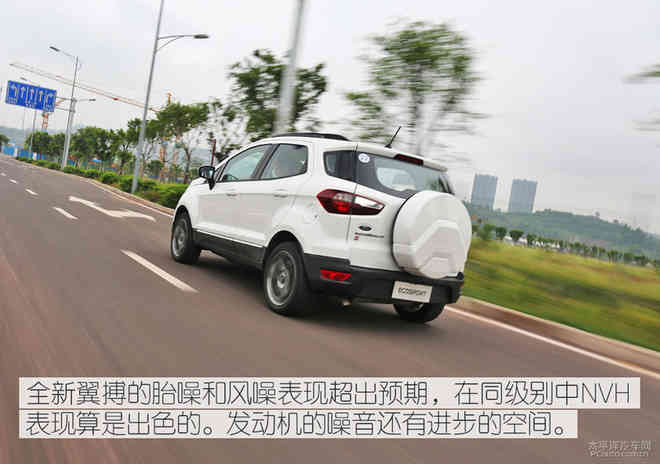 The size of the new wing body has basically no change, the wheelbase is still 2530mm, and the length of the body increases, reaching 4345mm. It is worth mentioning that the smallest spar clearance of the new wing pace has increased to 202mm, the approximate angle of 24 ° and the 27 ° departure angle gives this small SUV a stronger passability. The iconic item of “small schoolbag” will naturally not be lacking, and the new wings of the body’s details have also changed slightly. For example, the back movement of the antenna seems to be no longer abrupt. In addition Essence 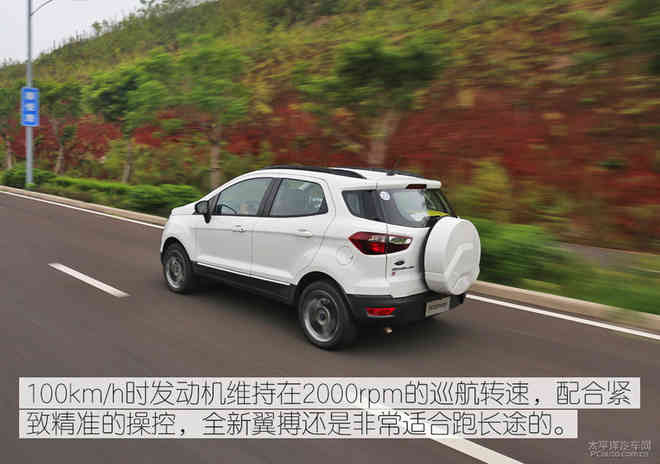 The new and high -tech models of the wing -pair use a 17 -inch wheel, and the flat ratio of the tire is also lower. This shows that the new wingpu pays attention to the improvement of the control, and it looks even greater. The tires also use Michelin’s mute tires in the same level to provide better noise reduction performance. In addition, the rear wheels use a disc brakes to replace the drum brakes to improve the brake performance. From these small details, it can be seen that the new wings have a higher pursuit of car performance and comfort.

The interior is more quality and fashion 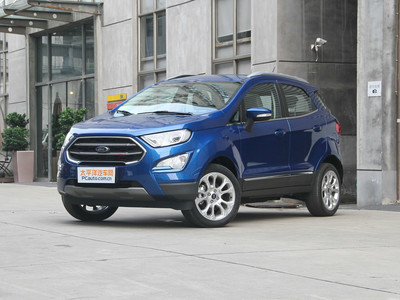 The new wing -ray interior changes are more obvious than the appearance. The shape of the central control area is more regular and simple, and it is easier to control. The center console is wrapped in large -sided softplastic materials instead of hard plastic, which exceeds expectations. The addition of the 8 -inch suspended central control large screen adds a lot to the new interior. The SYNC® 3 vehicle multimedia communication and entertainment system integrates fashion control, CarPlay, and popular APP applications. Essence In addition, the steering wheel and the dashboard have also made corresponding changes. The shape of the steering wheel is closer to higher -end models such as wing tigers, and the materials and workmanship also have a significant improvement, at least in the same level of models. The change of the dashboard is pursuing practicality. Without the obstacles of the cannon barrel and adding a 4 -inch digital LCD screen, it is easier and intuitive to read data. 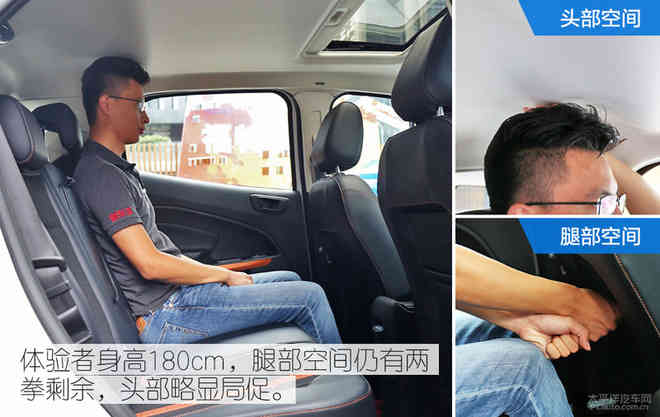 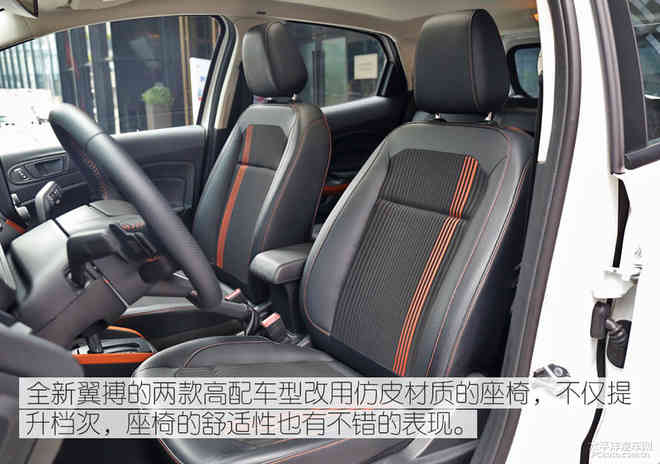 2 New Wing Bald Configuration Comfort Change back to the top

Another significant change of the new wing is reflected in the configuration. The functions such as fixed -speed cruise, engine start and stop, and front parking radar are all available in the current models, and these are practical configurations. The 8 -inch central control large -screen integration of GPS navigation and reversing images have also changed from previous selection to standard configuration, and the cost performance has been further improved. The addition of shifting paddles is a highlight, which is very rare in the same level, which is in line with the preferences of young consumer groups.

The appearance and interior have changed, and comfort must be improved. The new Ford Wingpu does pay more attention to the performance of details. For example, the leather seat and the central armrest of the front and rear rows are added. The electric adjustment seat also appeared for the first time. The front -row armrest supports the adjustment of the front and rear. From the actual experience, it can effectively support the arm, but the length of the rear armrest is slightly shorter. If it is placed, it will affect the support of the arm. It is worth mentioning that the length and width of the new wing -pairing seats have increased, and the support of the body has been significantly improved, especially the support of the rear passenger legs is very in place. The model is more advantageous. In addition, rich storage space and dexterous trunk ensure the practicality of the new wing.

Earlier, we made a detailed real shot experience with the new Ford Wing Bo. If you want to know more meticulous, you can click the link below. 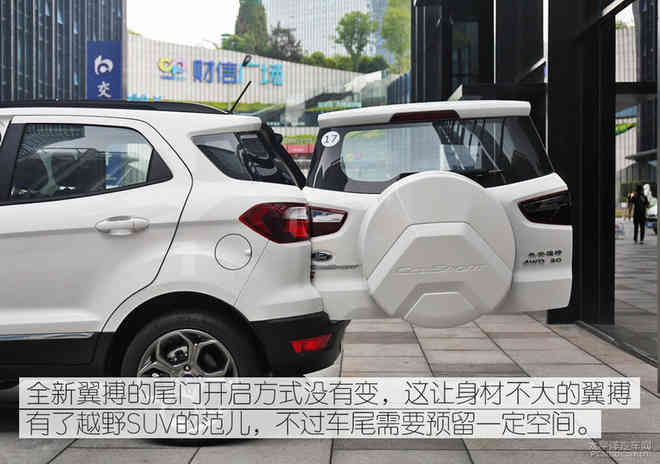 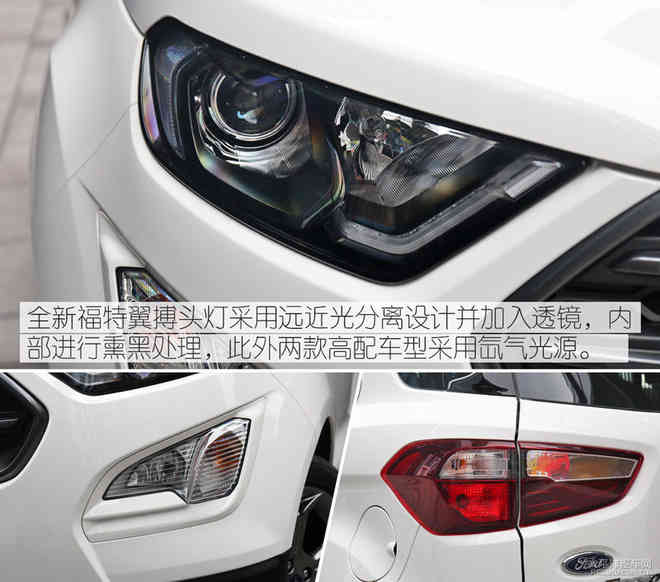 3 New Wingpu Dynamic test drive experience back to the top 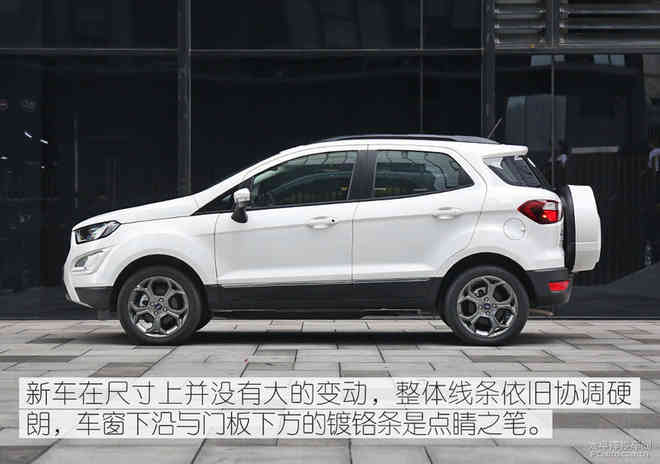 This test drive is the new 2.0L four -wheel drive wing type launched by the new Wing Bo. In fact, I have sufficient confidence in the motivation performance of this car before the test drive. After all, 2.0L displacement is for small SUVs for small SUVs for small SUV It’s more than enough. There are several unique changes in the test drive model. One is equipped with the only 6 -speed automatic manual gearbox in the entire system, and the other is the rear suspension using a multi -rod independent suspension, which is also related to the increased four -wheel drive system. These changes are explaining one thing, that is, the new wing will have a more prominent performance in sports, and its driving style is easier to win the love of young people. What exactly does it perform, let’s try it.

The power output of this 2.0L engine is very suitable for mild tunes most of the time, but when the speed increases to 4000rpm, the power will have a significant outbreak. Therefore At the same time, with the roar of the engine, the motivation came. It turns out that the motivation of this engine is abundant, so that after cooperating with the sensitive throttle, Wingpu will be somewhat rushed at the beginning of the stage. In the city road where you walk around, you must step on the throttle with caution.

6 The cooperation between the integrated gearbox and the engine with a little temper. The two are not pursuing the smoothness of blindness, but the subtle frustration is within the acceptable range. In fact, such small frustrations are more in line with the new wing tone, and Taishun will lack fun and become tasteless. After switching to the transmission of the gearbox after switching to the S gear, when you step on the accelerator in the general mode, there will still be a short hesitation. As the speed is reduced several times, the speed reaches a certain height, and the power is also the power. It followed.

In addition to sufficient motivation, the new wing -pairing performance is reflected in sufficient power, and the solid chassis and good handling are not ignored. Although the hard chassis adjustment is not delicate to the road surface, the inhibitory of the opposite roll and bouncing is very clean, and the compactness of the chassis will follow. The test drive model is equipped with a timely four -wheel drive system and intelligent distribution system of curve torque to cope with complex road conditions and enhance the limit of cornering. For this reason, I experienced a high -speed corner. When cornering, the new wing can indeed give me enough confidence, and make me think that this little SUV is fun.

This wing of the test drove was maintained at 2000rpm during the cruise 100 kilometers, a relatively economical speed, and the noise of the engine at this speed is not obvious. Overall, the high -speed feeling given to me by this car is good. of. This is also attributed to the good performance of the new wing fighting in NVH. The use of mute tires and more material sound insulation panels effectively reduce tire noise. I have to say that the new wing fighting gives me a surprise in terms of noise control.

After experiencing the new wing, I feel that this change from the inside to the outside is effective, and there is no doubt that it is better to cater to young consumers. On the one hand, tough and stylish design styles are more in line with the aesthetics of young people. On the other hand, fun driving is also more likely to meet the personality and love of young people. Of course, the new wing pace is not perfect, but in the same level, the new wing has more competitiveness, and in the face of itself, the new wings have a more vivid attitude. Rather than being a serious perfectionist, it is better to be a free and unruly play school, which is obviously more suitable for new wings. 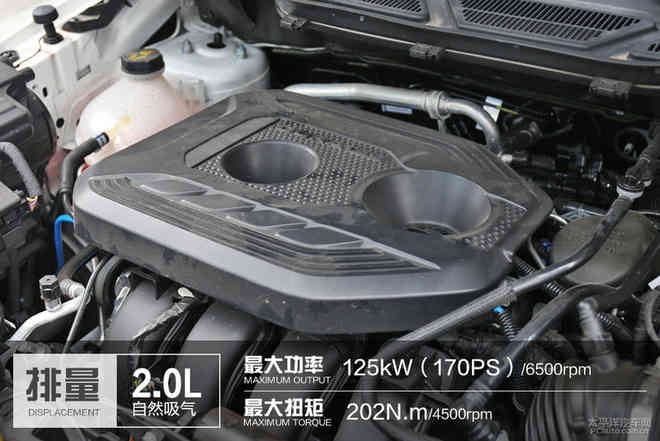 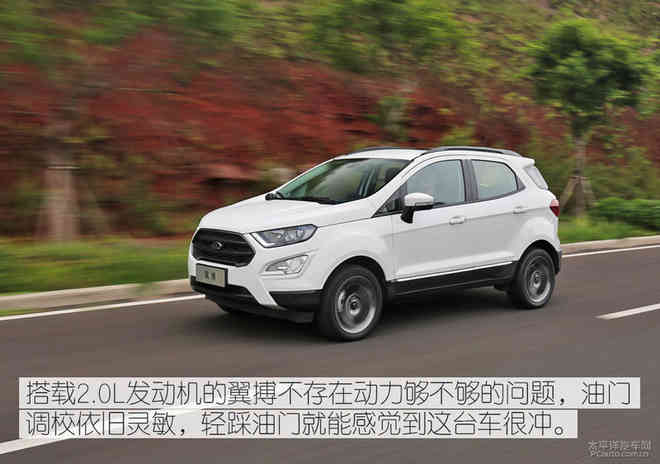 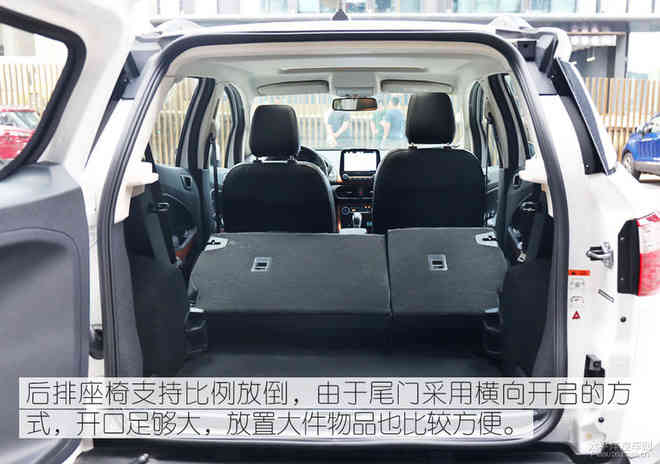 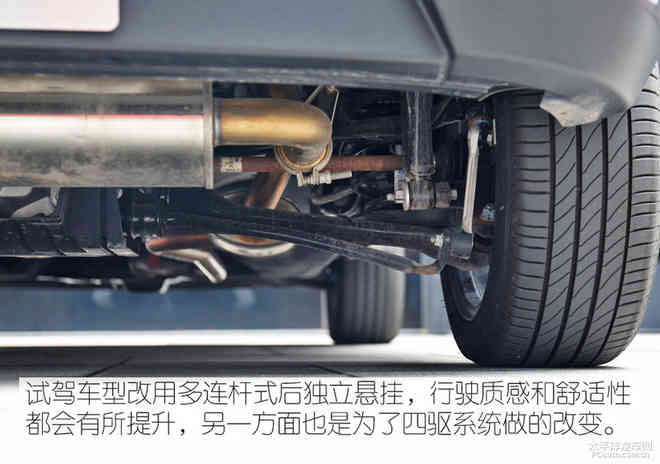 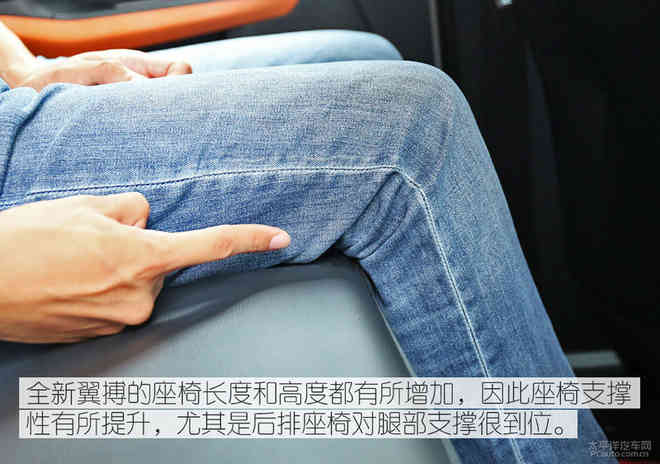 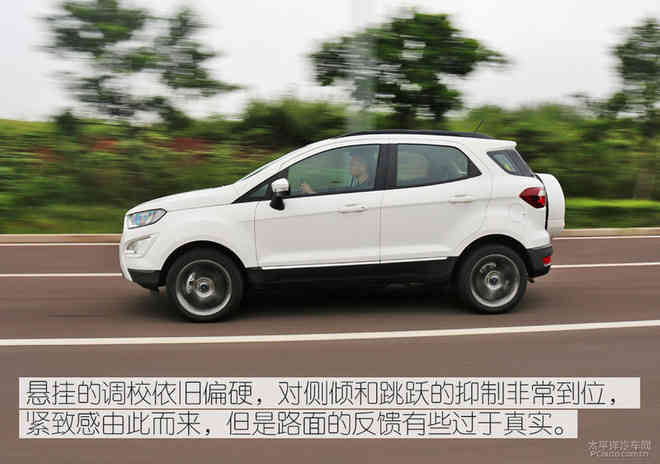 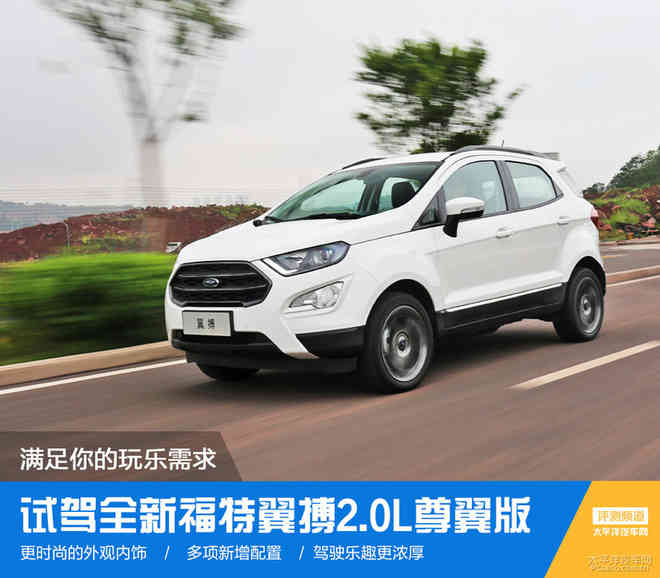 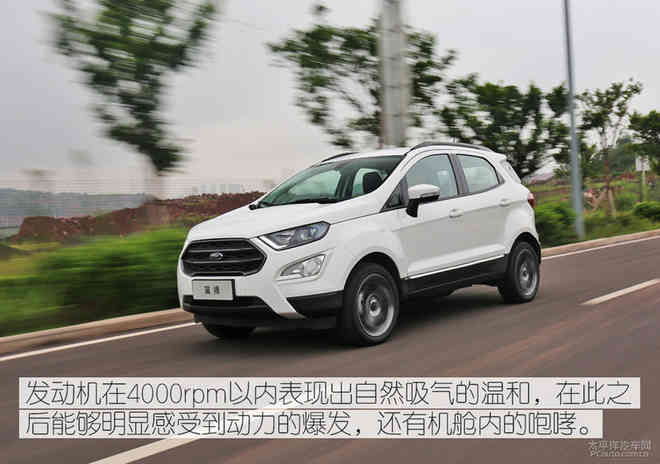