Recently, Mr. Sheng Poyang County, complained that the Southern Metropolis Daily, he gave his father bought a Buick Hideo Buick sedan in Nanchang Hengxin fluent 4S shop, an appointment the next day to mention cars, but he happily to mention car, but I was told that the car was hit by a sales consultant to the new car and shortly became a “car accident.” Mr. Sheng proposed transfer or refund the full amount of the appeal, but was rejected 4S shop.

Mr. Sheng said the July 28, he was selected in the track located in Nanchang Hi-tech South Hanson fluent Buick 4S store a car worth 89,000 yuan Buick Hideo, and on-site payment selected license plate, agreed the next day to mention car . Unexpectedly, the next day, it was an accident.

July 29 the same day, the sales staff to call Mr. Sheng, said store sales consultants will be bound for the car from the garage 4S stores on the way, collided with other vehicles, more serious damage to the vehicle, the front bumper was severing deformation, large light wear. Identified by the traffic police, the accident was Mr Zeman full responsibility for the new car, a new car that is not only damaged, but also to bear the additional maintenance costs of a car accident.

Mr. Sheng said the car is a 4S store sales consultants to open up the accident, the shop certainly need to take responsibility. On the day of the accident, Mr. Sheng find the 4S store sales manager negotiations, the vehicle has not arrived it was damaged, and he have to change a new car. Sales manager has said that it is impossible to buy new cars, Mr Zeman need to take their own insurance covering vehicle maintenance. 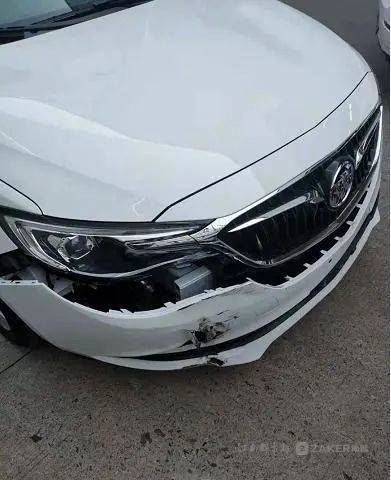 In the 4S shop, after-sales manager Ho to reporters about the situation, saying that new car sales consultant at a warehouse door turning, the vehicle collided with a straight leading to the accident, the traffic police to determine the full responsibility sales consultant. 4S shop estimates, maintenance costs, Mr. Sheng new car at around 5,000 yuan.

Mr. Sheng returned requirements for vehicles, Manager said: “This thing really is the responsibility of sales consultants, but the car purchase tax, insurance processes already in July 28 all come to an end, that day has also been selected license plate, ownership of the vehicle has been part of Mr. Sheng. pick up the car the day before the accident, Mr Zeman has signed PDI checklist, so the car can not be returned, Mr. Sheng needs to be repaired by insurance, but allows sales consultants for compensation arising from either Mr Zeman some cash. “In this regard, Mr. Sheng did not agree that he did not even get our hands on the car keys, an accident 4S shop of course, to bear responsibility.

Finally, after consultations, the two sides reached a consensus: take the insurance vehicle accident repairs, the shop promised by the sales staff involved have paid Mr. Sheng 7,000 yuan, the other to send two vehicle maintenance.

In the case of disputes be resolved, but Mr. Sheng pay the money, but did not get the car to do the procedure, the seller caused the damage to the car, such as after-sales manager really said that, consumers need to be responsible for it?

[Respond] City Supervisor Bureau: if there is the phenomenon of violations of law will be punished

Nanchang Market Supervisory Authority, a staff member told reporters, after they have been dealing with such a thing, Mr. Sheng situation encountered belong to the dispute, belong to the division of responsibilities, 4S shop related offenses does not exist, City Supervisor Bureau only coordination.

In general, as there is only a dispute, there is no illegal violations, the area where the branch will send staff to coordinate communication efforts with the parties. As can best coordinate the success encountered irreconcilable, both sides need to sign written content not coordinated, and suggested to take legal proceedings to safeguard their rights.

If there is incident 4S shop fraud, fraud and other illegal activities, the area where the city supervision bureau will make the appropriate treatment, punishment under investigation after.

[Saying] Lawyer: the risk of damage before the delivery of the vehicle shall be borne 4S shop

For this, Jiangxi Hollywood lawyer Huang Na that, while consumer and automobile 4S shop to complete the sale procedure, but the key was not formally delivered to the hands of the owner, and the vehicle also did not leave the 4S shop, belonging to the unfinished delivery status.

Event, through no fault of the owners of itself, does not assume responsibility for the accident. In accordance with Article 224, “Civil Code”, six hundred and four of the provisions, if the transfer of ownership of the vehicle has not yet occurred, the owner ordered the car is still vested in all 4S shop, the owner may refuse to accept a naturally occurred vehicle accident, may request termination of the contract, otherwise the other party to bear the liability. If you do not agree to transfer 4S shop or refund, the owner can go to court decided by a court. For loss 4S shop, 4S shop can recover to the responsible party.

Online broke the news to []