New, there is no time to play with these kitchen appliances, and to bear love. “

“There are too many small appliances at home, I have used it once or twice, almost a new special offer, disconnect!” 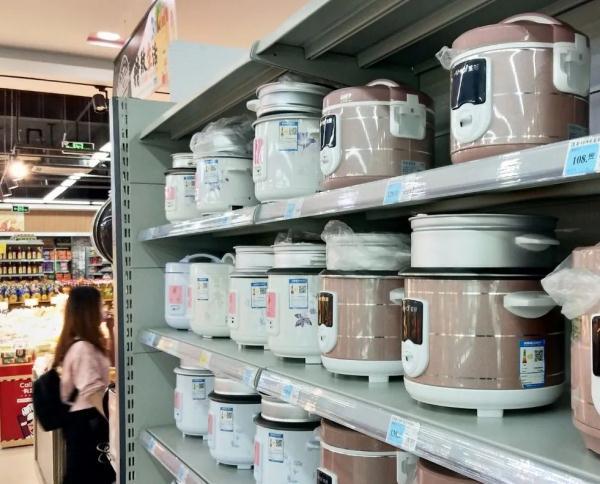 Guangzhou Daily reporters found that small appliances on the second -hand trading platform found that whether it is a juicer, sandwiches, oven, cake machine and other kitchen appliances, or small washing machines, air purifiers, hair dryers and other small household appliances, falling ashes The product is not a minority.

The reporter learned that last year, the small home appliance market seemed to be gradually “turning off” and failed to continue its sales popularity in 2020. From the perspective of omni -channel sales data in the first half of the year, the total retail sales of small appliances fell by 8.6%year -on -year, while the retail volume fell 8.2%year -on -year.

Why is the epidemic situation good, but the small appliance market is cold?

A variety of small home appliances in the market

“I bought a lot of small appliances, especially kitchen appliances last year.” Citizen Jia Bing told reporters that because of the new home last year, and during the epidemic, various bloggers were “planting grass”. In order to improve the quality of life, a bunch of small appliances such as oven, health pots, steamed eggs, coffee machines, etc.

According to Jia Bing’s report, the small appliance experience she purchased was not as beautiful as expected. “For example, because the steamer is not convenient to clean the design problem, it makes people unable to use interest.” Jia Bing said that because the bottom layer of the steamer contains the circuit system, it cannot be rinsed directly. Once, because it was not wiped, there was food residual, and it was already ‘long hair’ when they were used again. “

In addition, because the kitchen space is relatively narrow, Jia Bing’s oven can only be placed on the shelf from the ground. Once the starting temperature is high, it is easy to trigger the smoke alarm in the kitchen, which also causes her headache.

Citizen Wang Jing also reported that he was disappointed in the process of using small appliances. She found that the product was not as good as publicity. Wang Jing said that she wanted to buy an iron last year, and the market price ranged from 200 yuan to 2,000 yuan. Considering the frequency of use and personal budget, she finally chose a well -known brand with a more affordable portable iron.

“But when I later used it, I found that this electrical appliances were less water storage, low power, uneven heat and short steam time. It took a long time to blanch a cotton coat and the effect was average, so I was idle.” For this time, this time. Shopping, Wang Jing called “chicken ribs”.

The reporter learned that there are still many selection of “chicken ribs small appliances” on the Internet. Among them, in recent years, “Internet celebrities” products -multi -functional pots, special cooking equipment, mini washing machines, desktop air purifiers, ultraviolet disinfection products, etc. are on the list due to “poor use experience” or “low frequency” and other reasons Essence

The market tends to be rational:

In the first half of the year, sales declined

According to the professional version of Tianyancha, nearly 1.08 million status in my country is a small home appliance -related enterprise in the industry, survival, move in, and out. Among them, more than 70 % of small appliances related companies were established within 5 years. It is worth mentioning that from the perspective of regional distribution, the number of small home appliances related to Guangdong Province has the most, with more than 156,000, accounting for 15%.

With the increasing population in my country, there are more and more demand for mini appliances, pet home appliances. According to data from the Ministry of Civil Affairs, China’s single adult population reached 240 million in 2018, of which more than 77 million adults were in a lonely state. It is expected that this number will rise to 92 million by 2021.

According to the professional version of Tianyancha, in the past five years, small home appliance -related enterprises (all enterprises) have continued to grow, and the annual growth rate has remained above 15%. Among them, in 2019, the number of new related enterprises was added, with 207,000, and the annual growth rate reached 19.6%. Followed by 2020, more than 192,000 new companies were added.

However, while the number of enterprises has continued to grow, the sales data of small appliances have been “backward”.

The total channel for the overall channel of the third -party big data institution of the home appliance industry, AVC (AVC), shows that from January to July 2021, the retail sales of small home appliances were 27.95 billion yuan, a year -on -year decrease of 9.7%; the retail volume was 13.301 million units, a year -on -year decrease 8.9%. Industry analysis believes that this is a normal performance after the market becomes rational.

Regarding the “cooling” of the small home appliance market, Mr. Ding, an expert in the home appliance industry, believes that there are three reasons. The primary is that last year, the “home economy” was driven by the new crown pneumonia, and the growth rate of this year will inevitably decline under high base.

The reporter learned that in 2020, the outbreak of the epidemic pushed the development of the “home economy”. Many consumers had more time to bake and hygienic at home. Essence

Data show that in the case of 14.13%year -on -year in the Chinese home appliance market, small appliances surrendered the retail sales of 78 billion yuan online, an increase of 12.4%year -on -year transcripts.

According to data from the China Business Institute of Industry, the size of the small home appliance market in my country in 2020 reached 453.6 billion yuan, and the compound growth rate of compound growth between 2012 and 2020 was as high as 13.3%.

In addition, Shao Ding emphasized that the small home appliance market in the kitchen has gradually become saturated, and the new category is weak.

The reporter noticed that at present, the kitchen appliance market has entered the situation of stock competition, and most of the market demand comes from regular renewal iterations of consumers. In the context of a leap in the short -term, there is no qualitative leap in the short term, the incremental source of the small home appliance market in my country may only rely on the drive of emerging segment categories. Because the emerging segment category has a strong “net red attribute”, this also brings higher requirements to various small home appliance companies, because this type of product often has the characteristics of “fast outbreak, fast saturation, fast decline”. 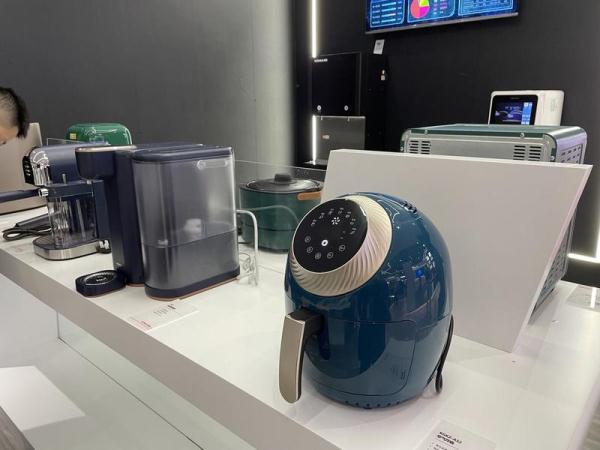 It is worth mentioning that in Major General Ding’s view, the popularity of new marketing methods such as live broadcasts and goods is weakening.

The reporter learned that the reason why the Internet celebrities can achieve a big breakthrough last year is one of the important reasons. Under the influence of the epidemic, consumers at home learn online shopping and experience the convenience of express delivery. In addition, the rapid publicity of live e -commerce has made small appliances in depth in the market.

In addition to the restrictions of some objective factors in the small home appliance market, consumers’ “poor” consumption experience also reflects the current problems of the market to some extent. The reporter learned that the product threshold is low, and the situation of the good and bad of products and brands is more prominent.

On August 23, the Beijing Municipal Market Supervision and Administration Bureau informed that the small home appliance products produced and sold in the city in accordance with the law have carried out quality supervision and random inspections in accordance with the law. qualified. Among them, many well -known stores selling juicers and electromagnetic stoves are unqualified.

“Small appliances are a pit!” Consumer Wen Qian told reporters that she used the electric toothbrush she had purchased before it had been used for more than a year. Even with such a high -priced product, she was told that she could only repairs because the battery problem could not be repaired during the repair.

In this regard, people in the industry told reporters that buying small appliances should be purchased at regular stores to ensure that after -sales maintenance services are guaranteed. When buying and using small appliances, it is best to check the CCC forced certification logo and read the logo and explanation carefully. Among them, small appliances maintenance should be a necessary content for after -sales service, and manufacturers must do their responsibility during the warranty period. If the manufacturer is not responsible, consumers can report to the Consumer Association.

“In order to protect the rights and interests, consumers must keep an invoice and repair card when buying small appliances. Once they encounter problems, even if they cannot find a manufacturer, they may ask the seller to bear responsibility.” Industry insiders said.