Very beautiful Barbie doll! You can put it at home, car, office and other places, absolutely young girls. If you come to send friends, I believe she must like it. 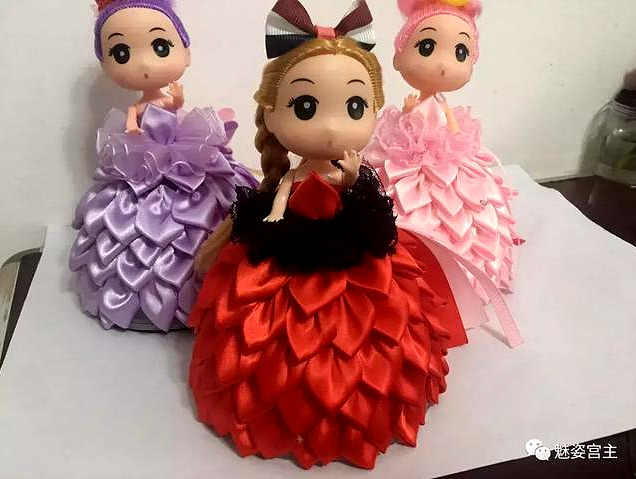 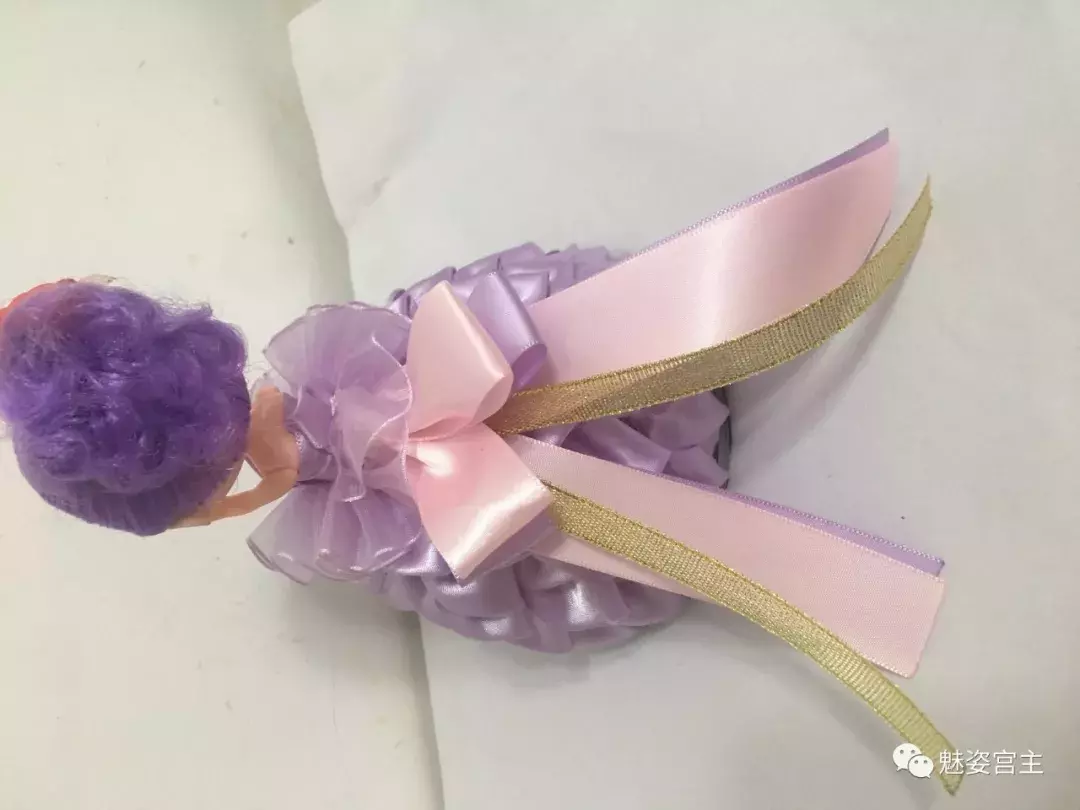 3. From the middle, fold the upper part to the right

4. Then fold the right to overlap with the lower half.

5. The front is like this. Pay attention to the same after the folding.

6. Then start the ribbon from the left, fold it up first, and then fold it down. After the folding, there are two convex peaks in the middle, and the sides of the sides are facing up.

7. Then cut off the extra part and burn it with a lighter.

8. Use the same way to make a little more petals. 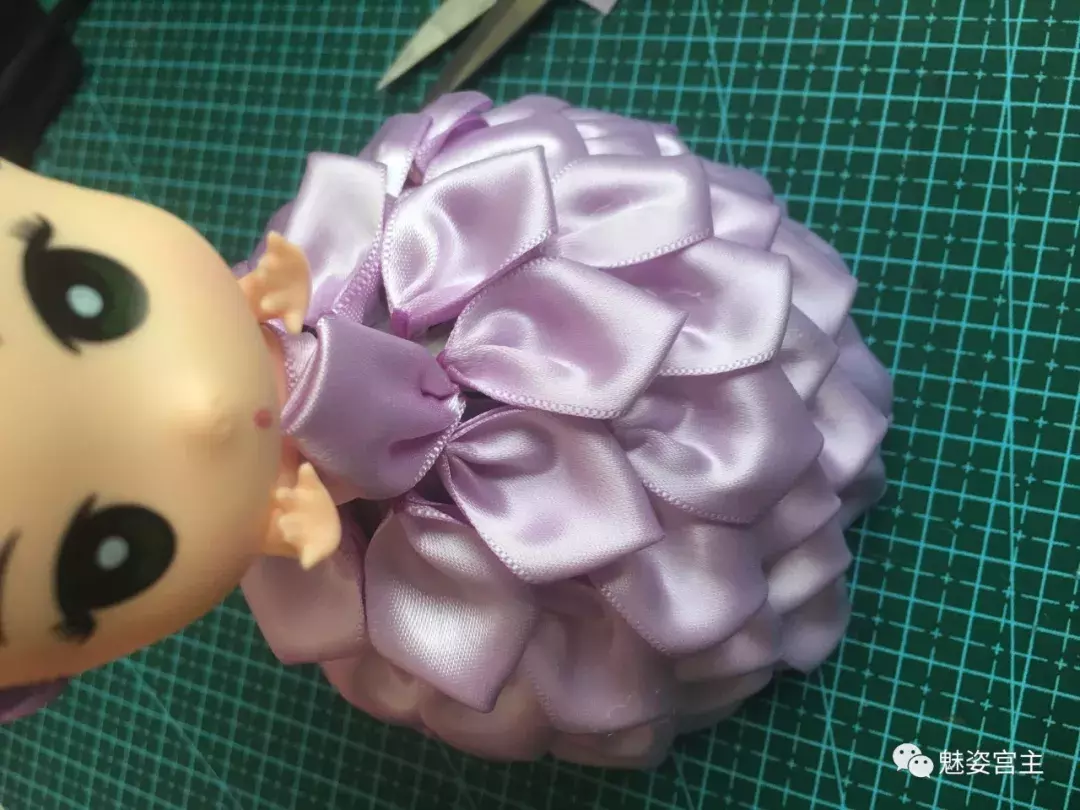 9. Take out the skirt and start sticking to the first layer of petals. 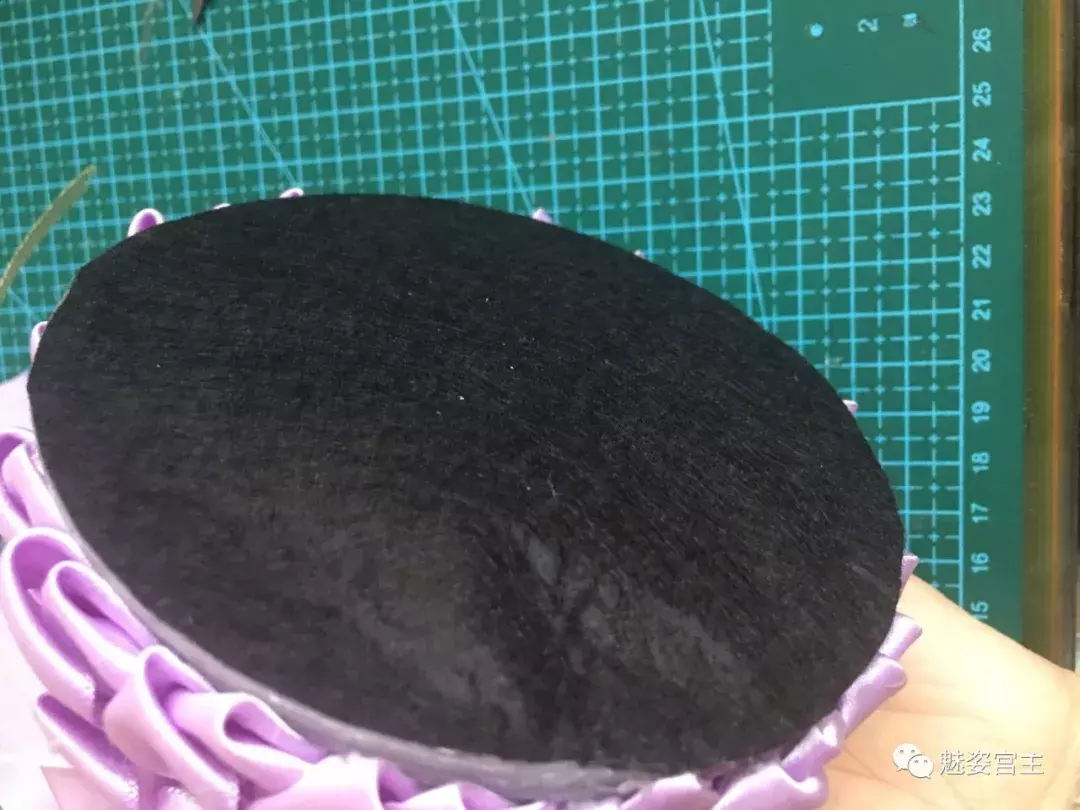 10. The pointed angle under the first layer of petals is a little more than the skirt. 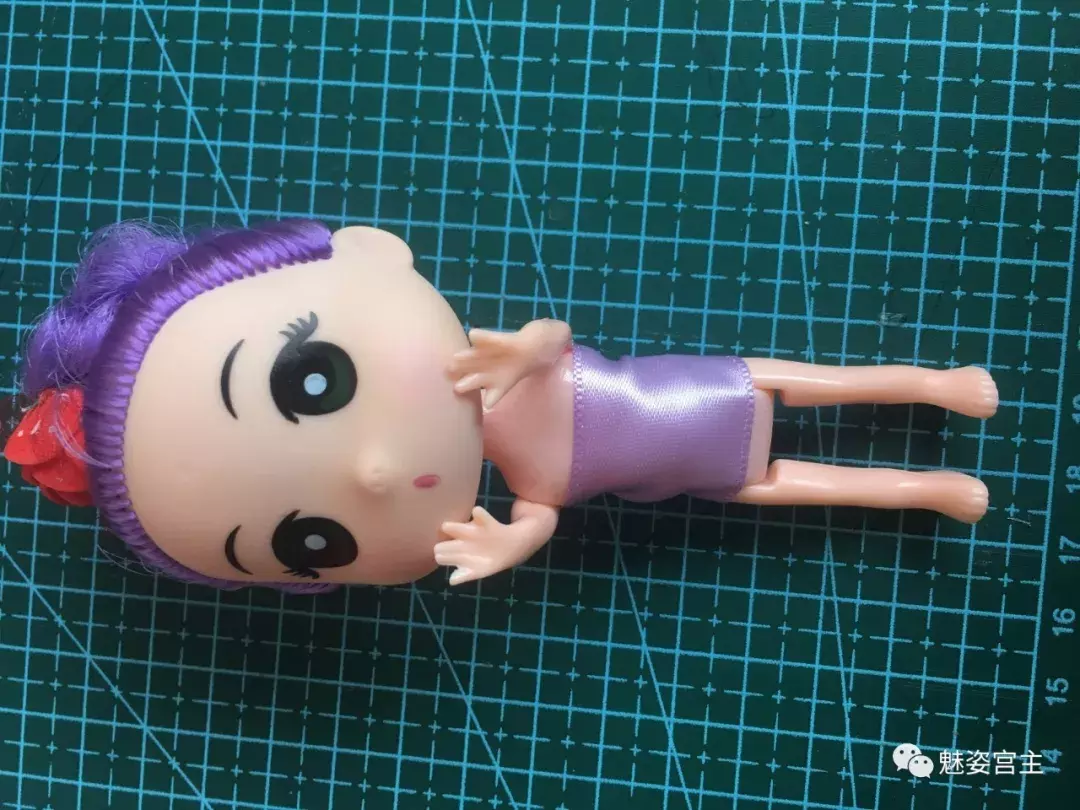 11. Then one by one, stick to the circle next to each other. 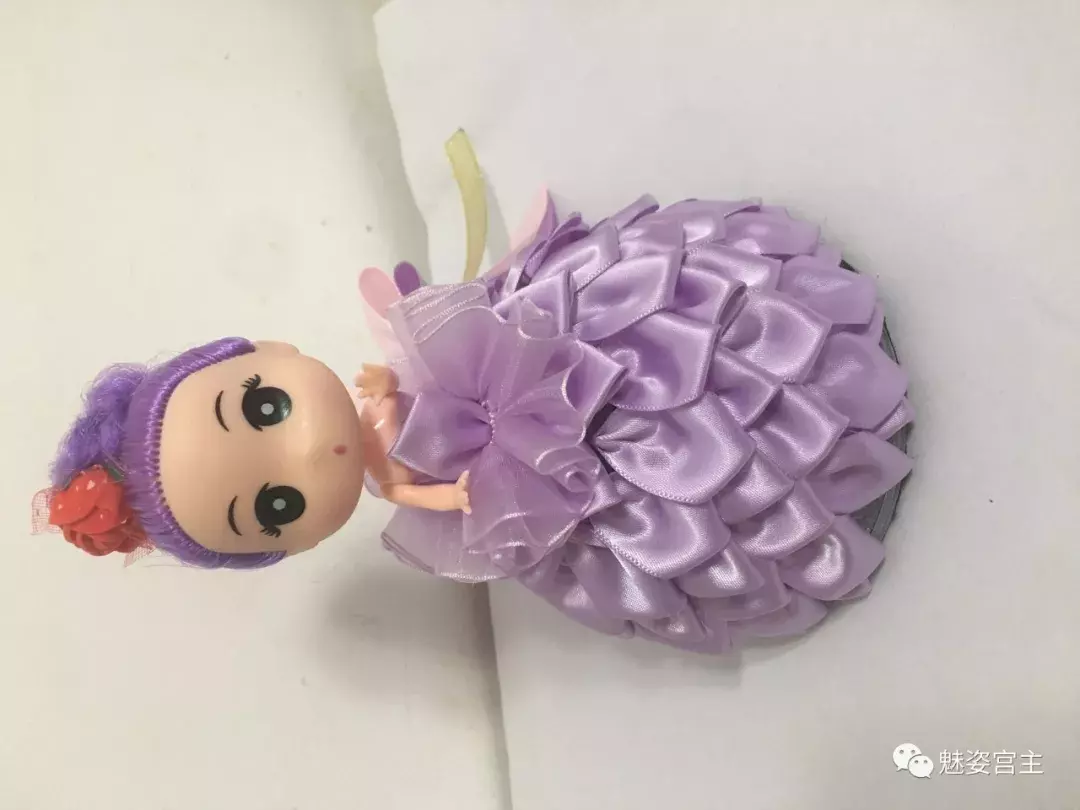 12. Start with the second circle, and to cover the gap between a layer of petals and petals. 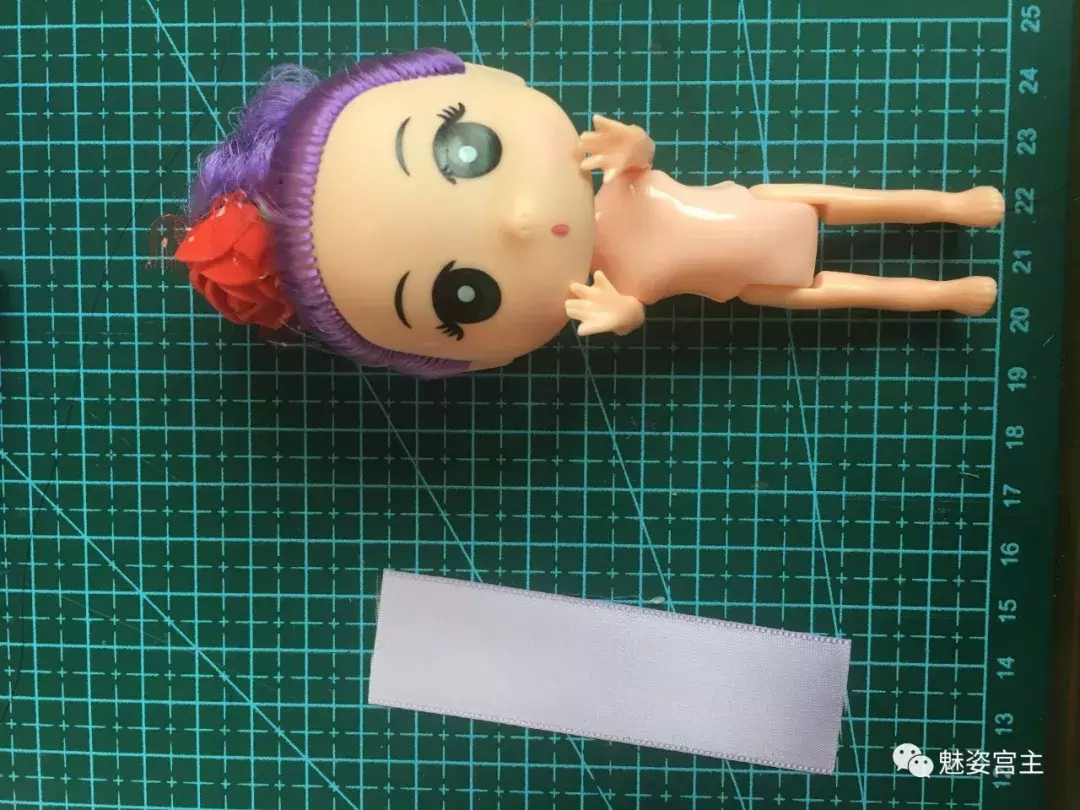 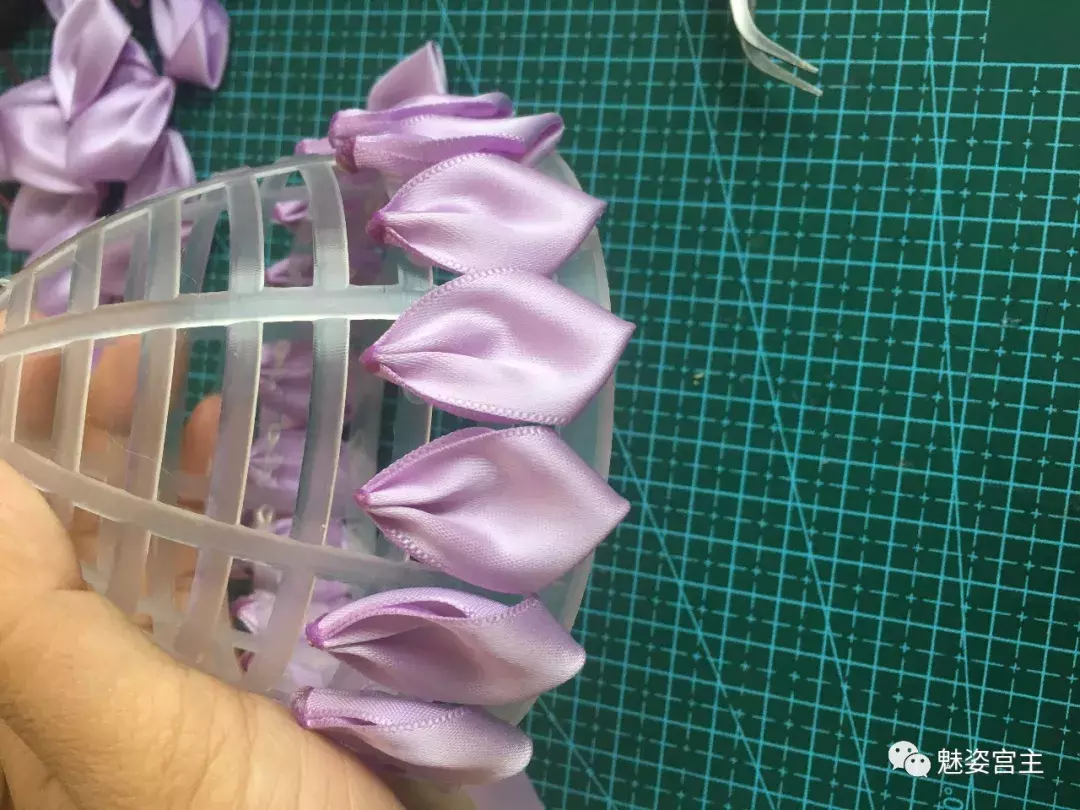 16. Use a rubber gun to wrap the ribbon on the upper body of the doll, 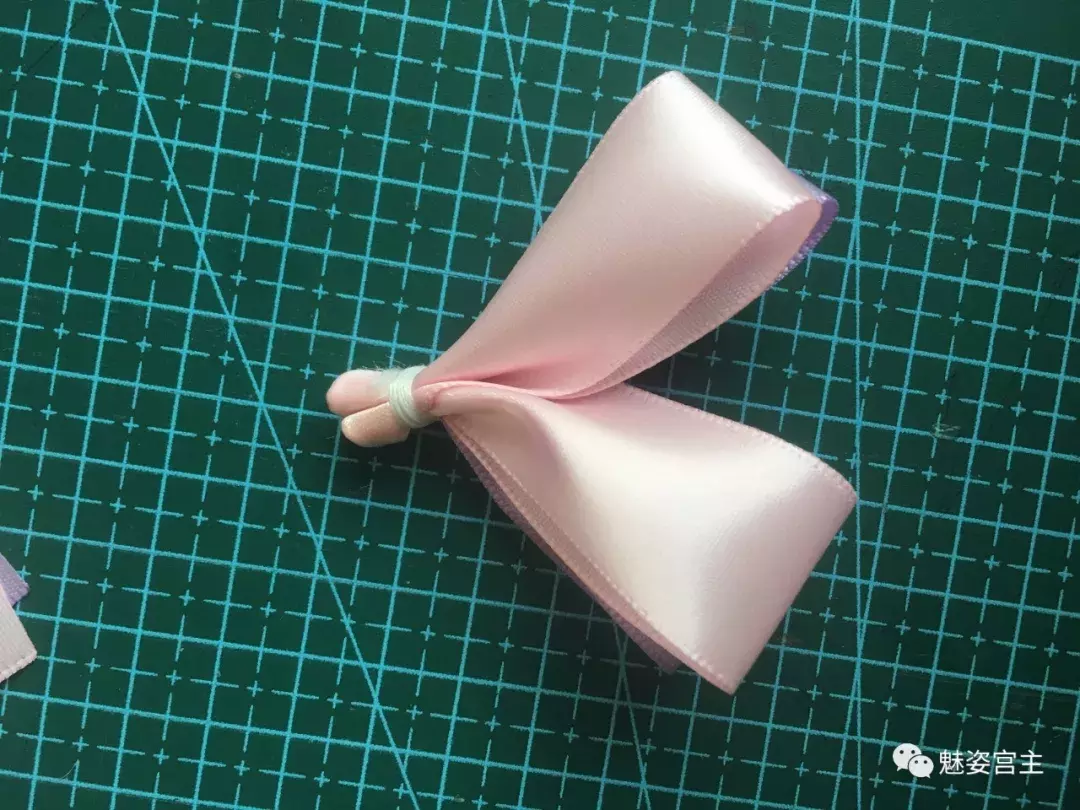 17. A petal is sticking to the doll’s chest and behind.

18. Put the doll on the skirt, and use a rubber gun to beat the glue around the waist to fix the doll. 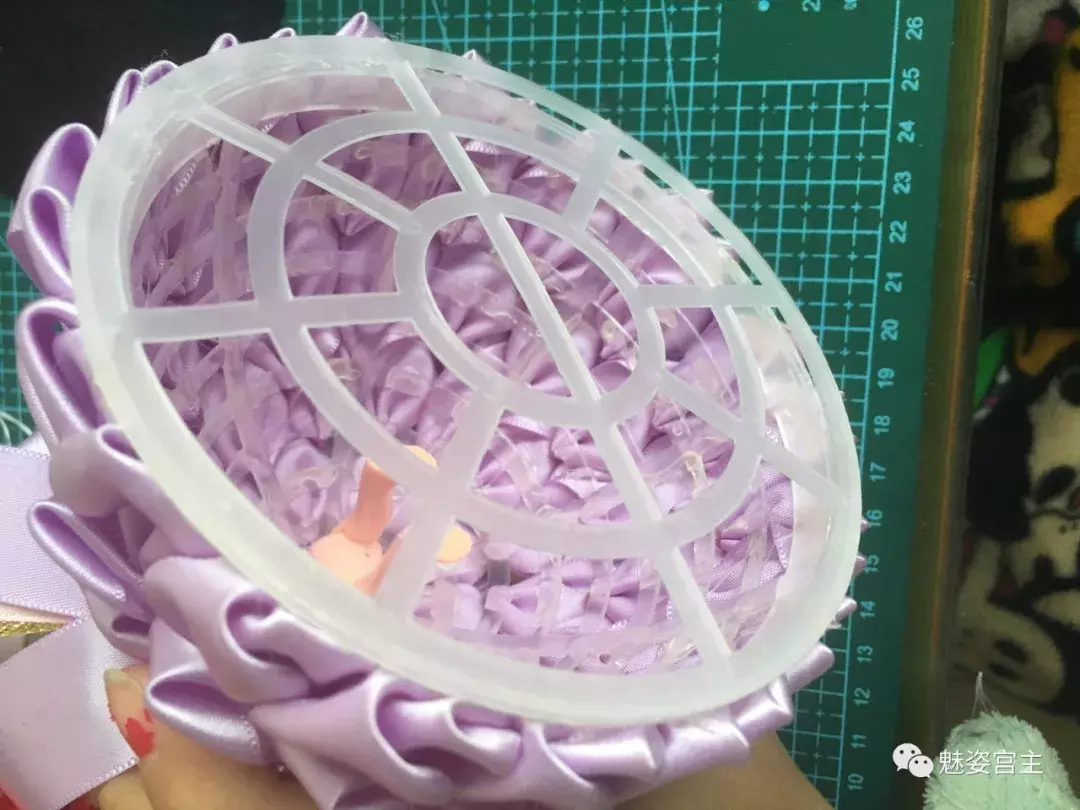 19. Take out a 2.5cm wide gauze one meter and wear it with a needle from the side of the gauze until you wear it and knot. 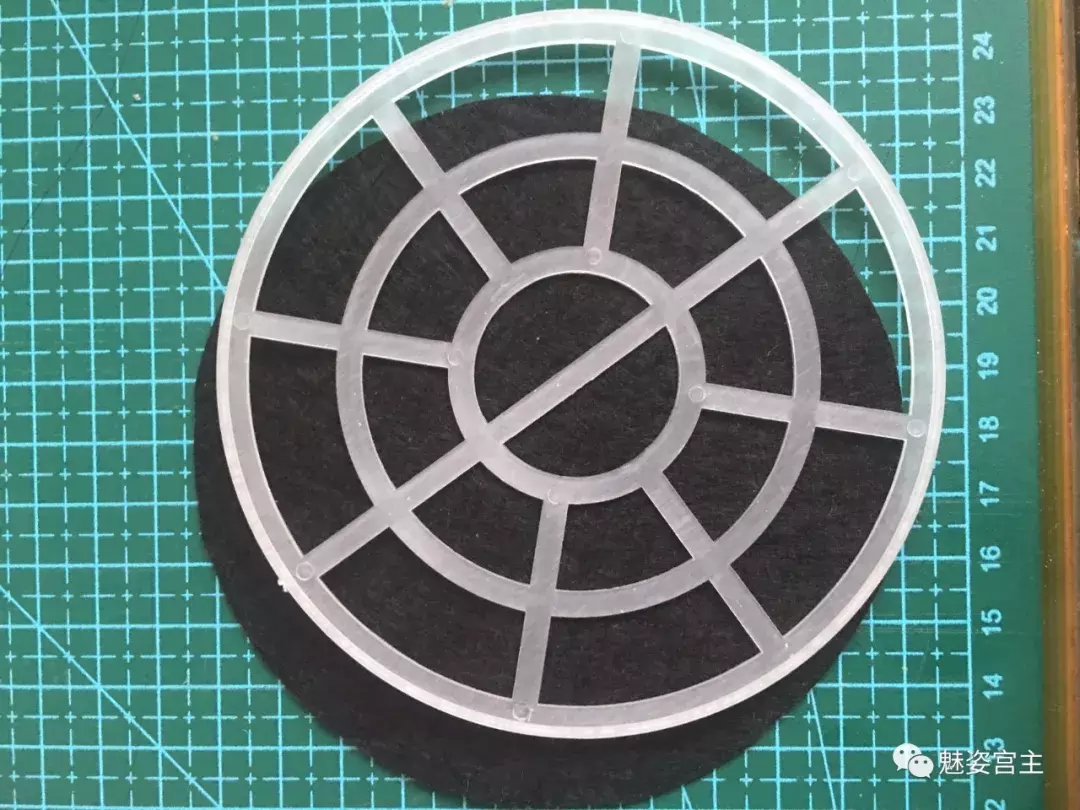 20. Put the sewing gauze and stick to the waist of the doll. Pay attention to the gap on the waist, 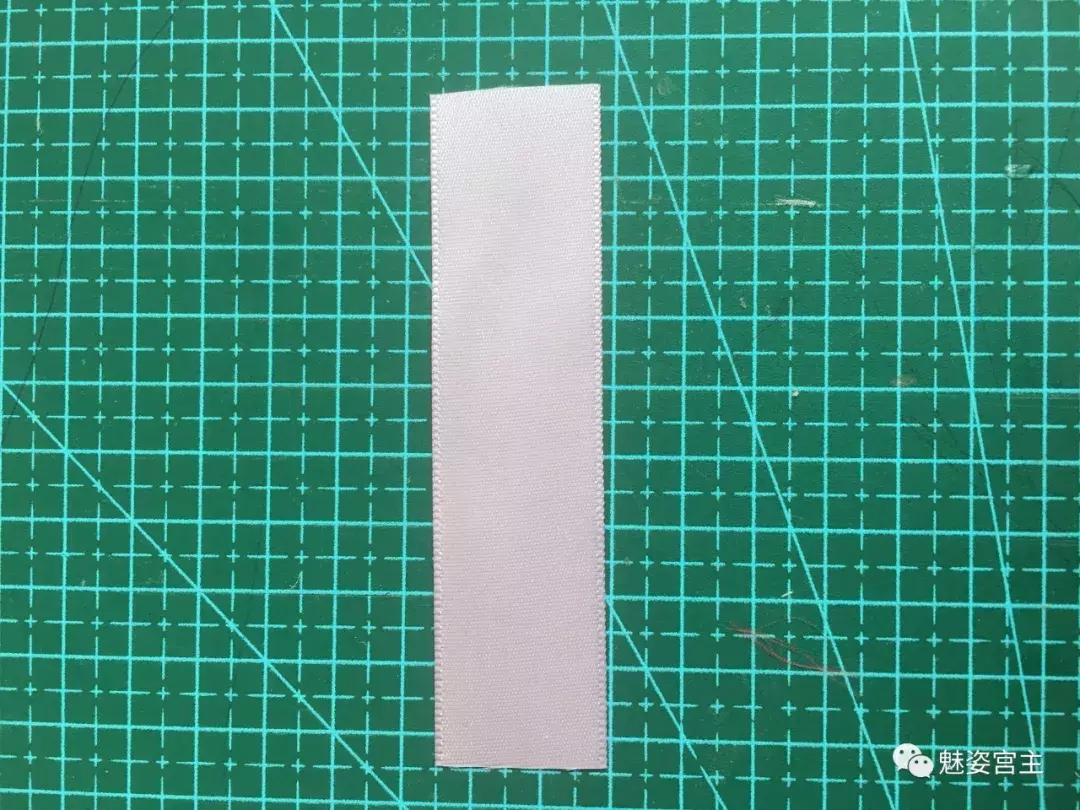 21. Take 26cm purple and pink ribbon each. 1cm wide green onion with one.

22. Fold the purple ribbon from the middle, with an angle of 30 degrees between the two sides. 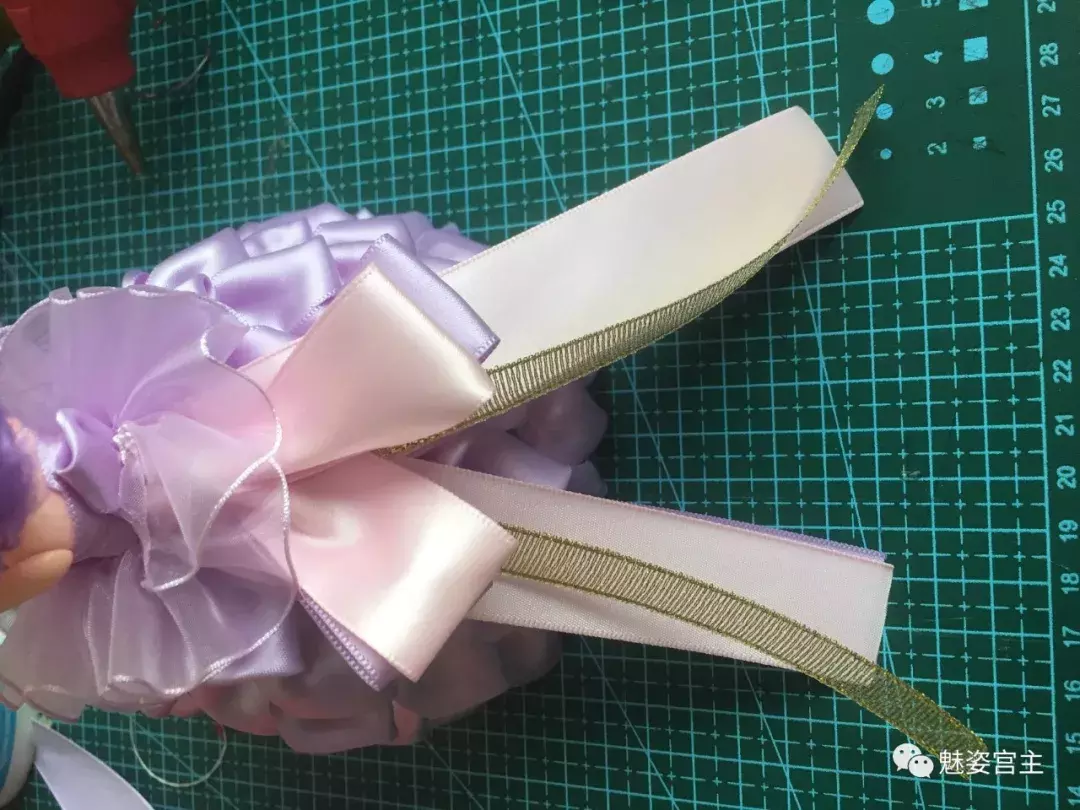 23. The pink ribbon is also folded, then placed on the purple, and fixed in the middle with a rubber gun. 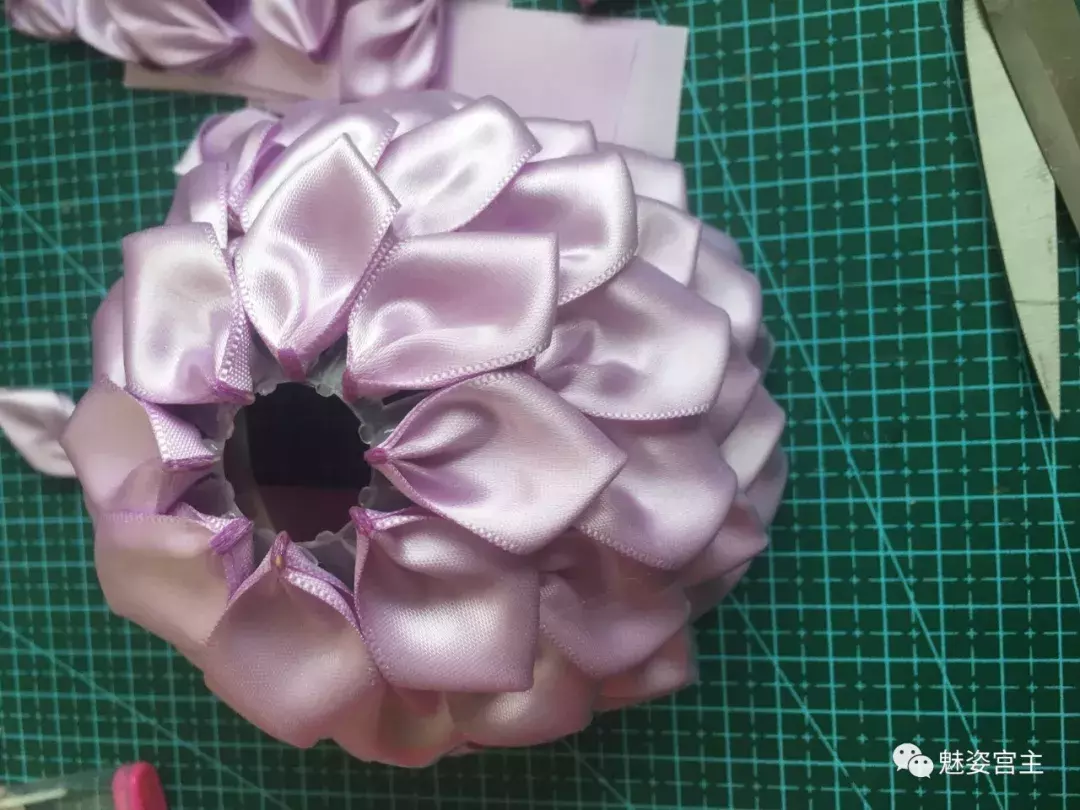 24. Take 26cm purple and pink ribbon each. Fold from the middle.

25. For the folding ribbon, fold down the right side, and it becomes a certain angle in the middle. 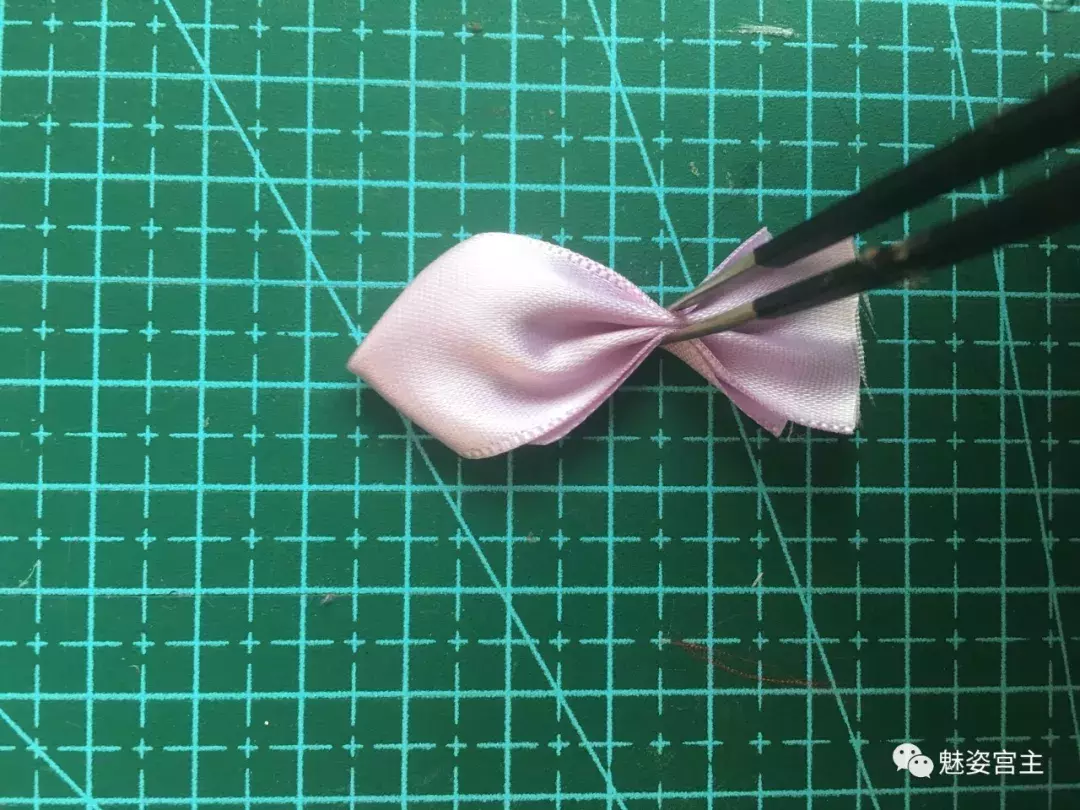 26. Pink is also folded and placed on purple.

27. Put the upper end with a folding bows and fold it. 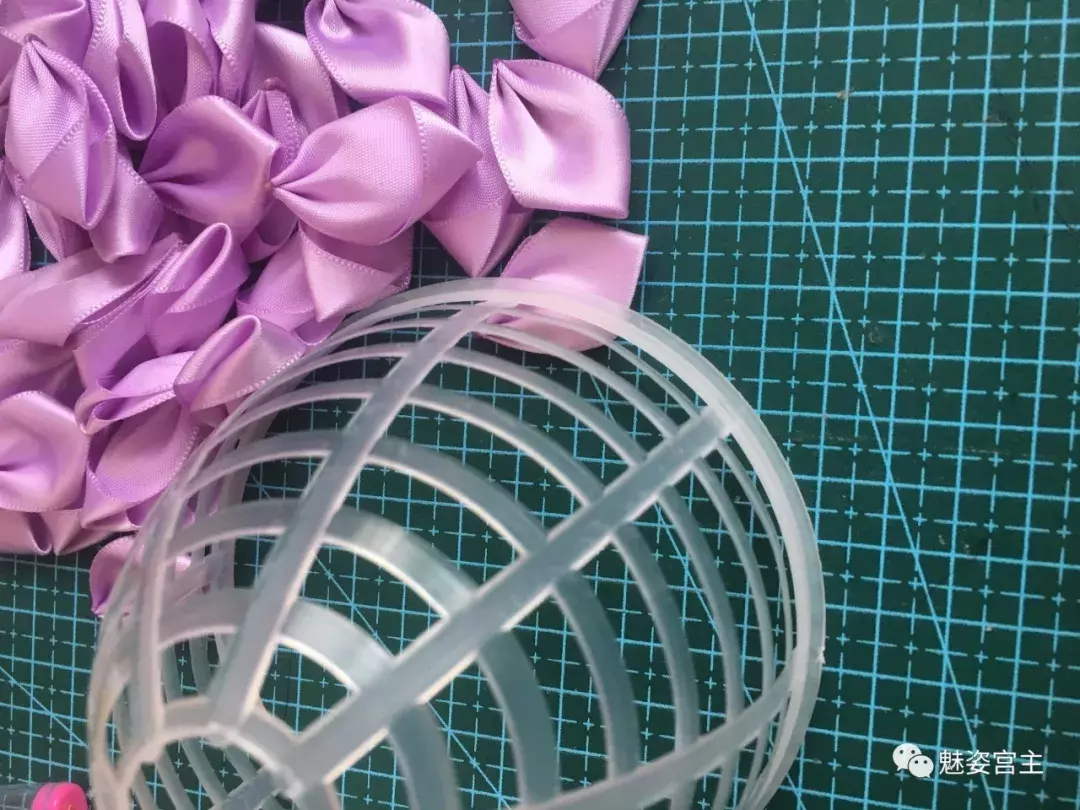 28. Put the 23 -step ribbon and stick to the gap between the back waist of the doll. 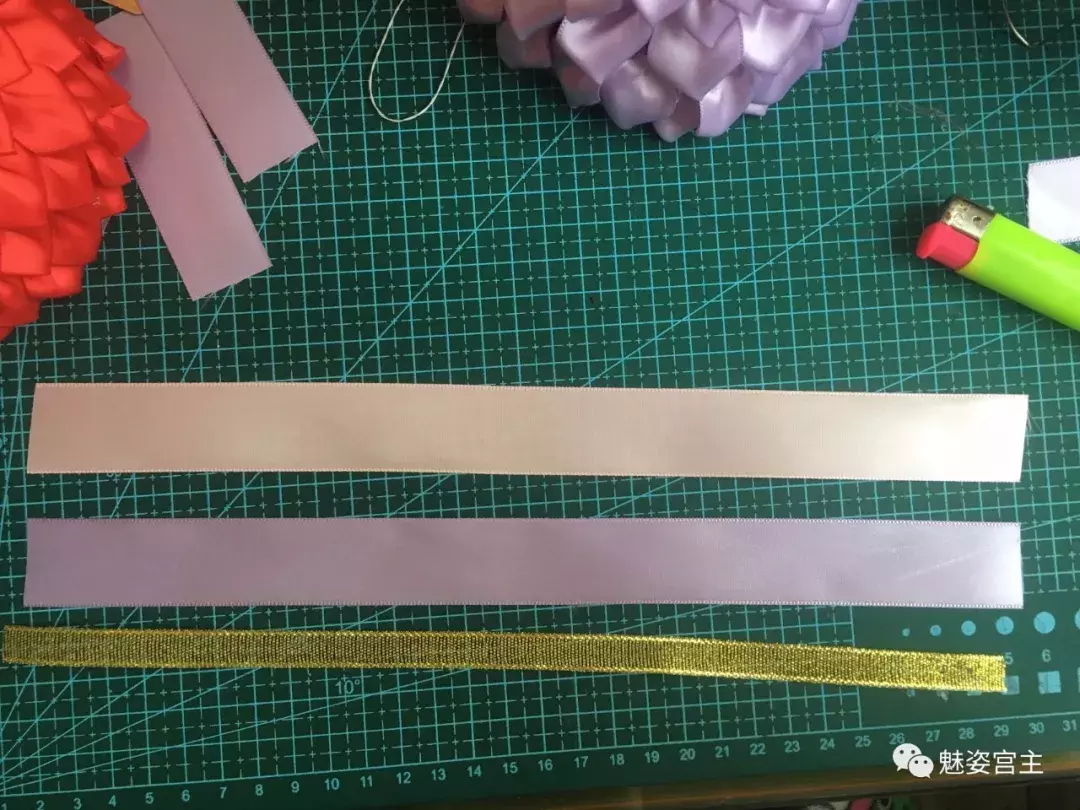 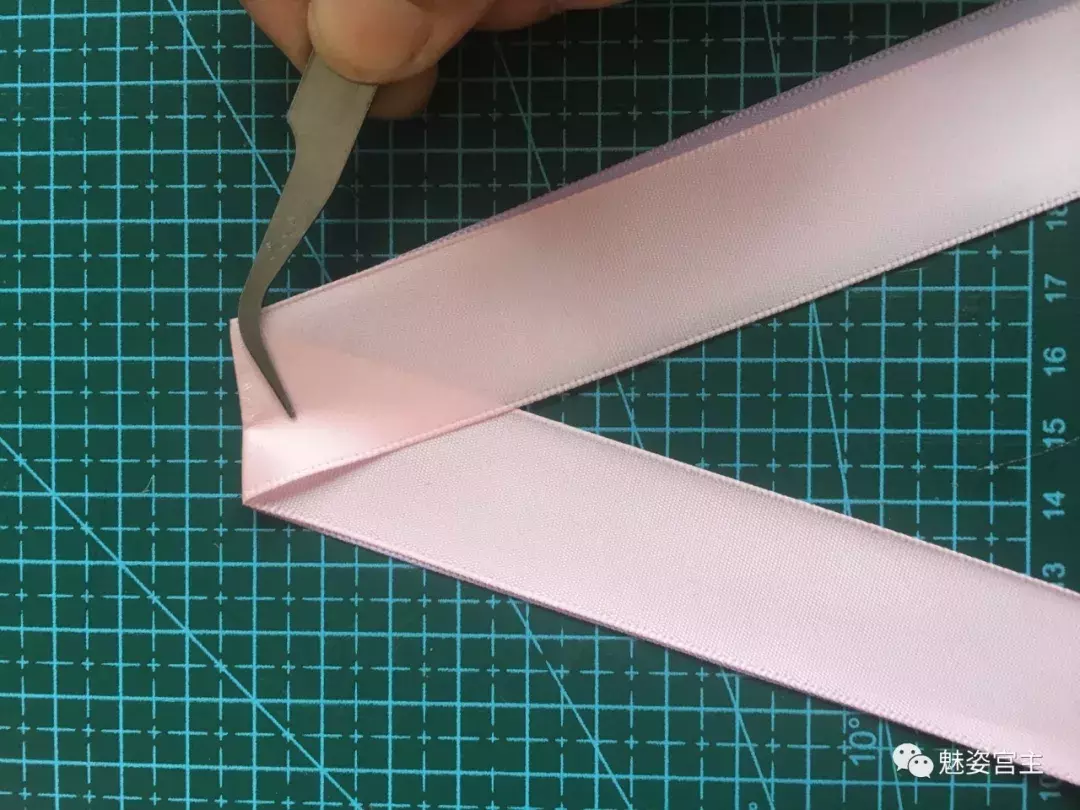 30. After folding the golden shallots, stick to the middle. 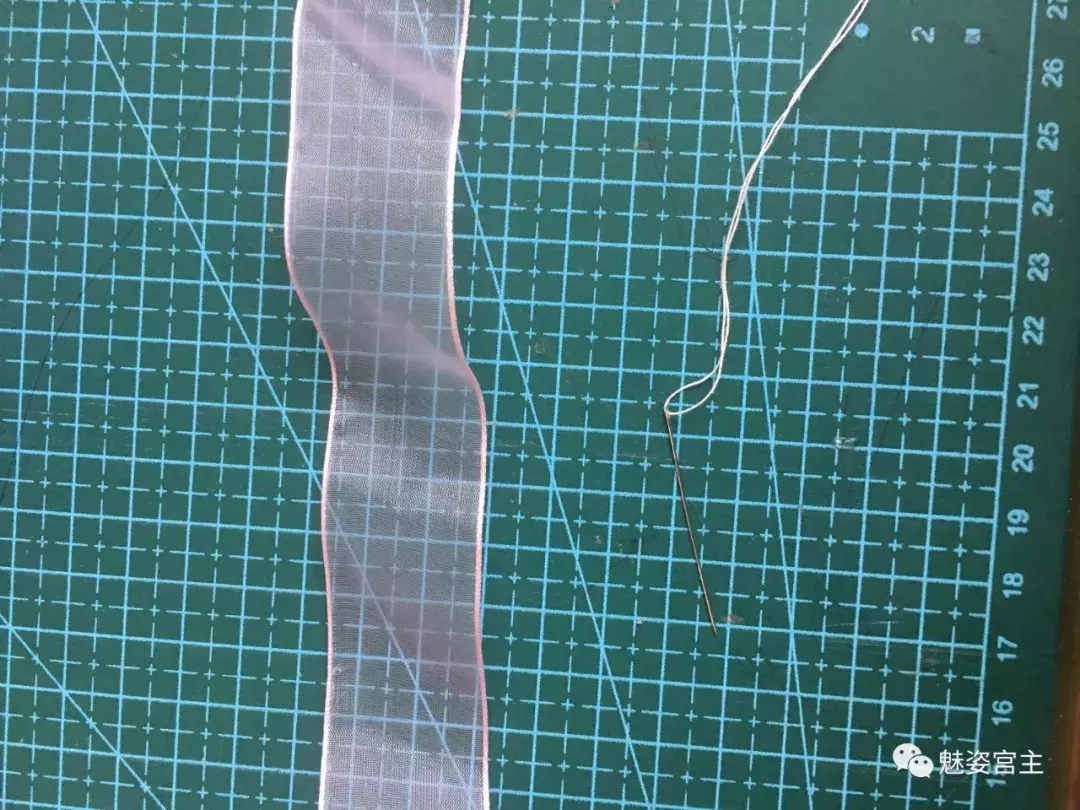 31. Use a skirt base to cut out the same size non -woven fabric. 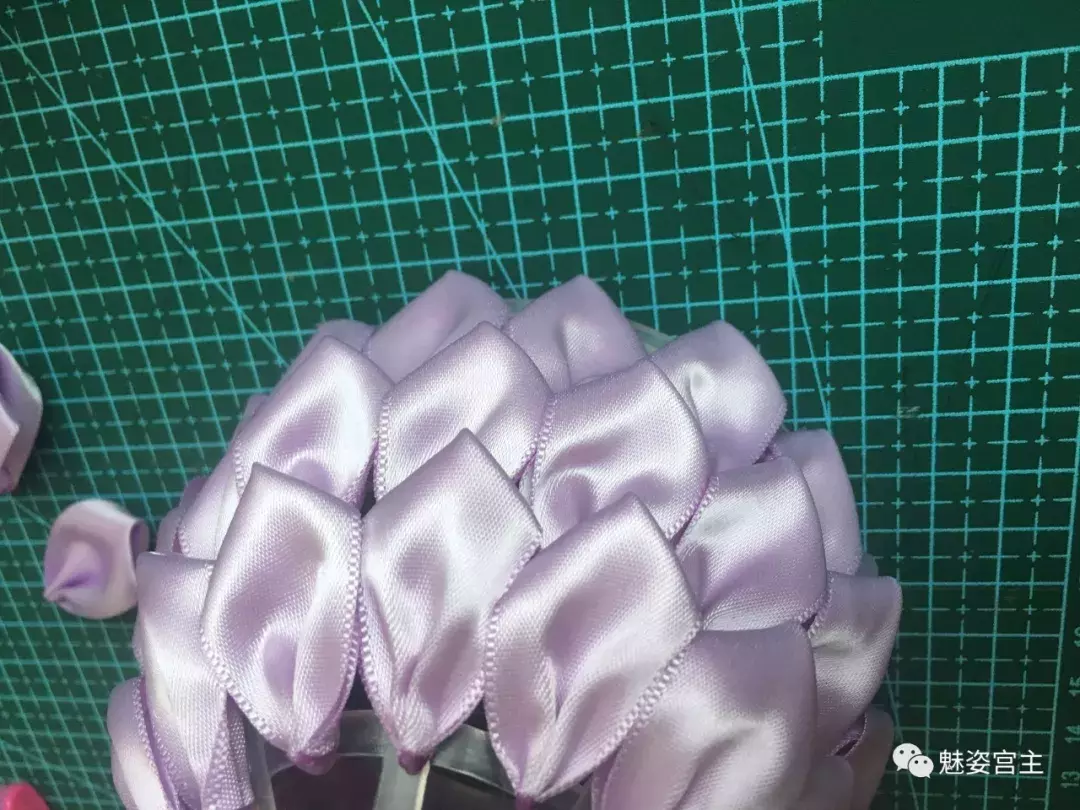 32. Press the base and stick the non -woven fabric. The doll is ready.