A small car cigarette lighter HUB, seemingly simple, inexpensive dozen twenty, expensive hundreds of pieces, many models of different brands, even older drivers is difficult to choose really suitable for their own products. If you choose the wrong will cause problems such as: low charging performance, long charging time, and the phone can not adapt and so on, and even cause serious safety problems. I picked this very mainstream brands available in the market and selling its product through a detailed evaluation of these four products to help you choose to buy:

I can not buy all of these products, if not brand you like, you can also look at the text of the knowledge for everyday use and purchase some help. Appearance and ease of installation work 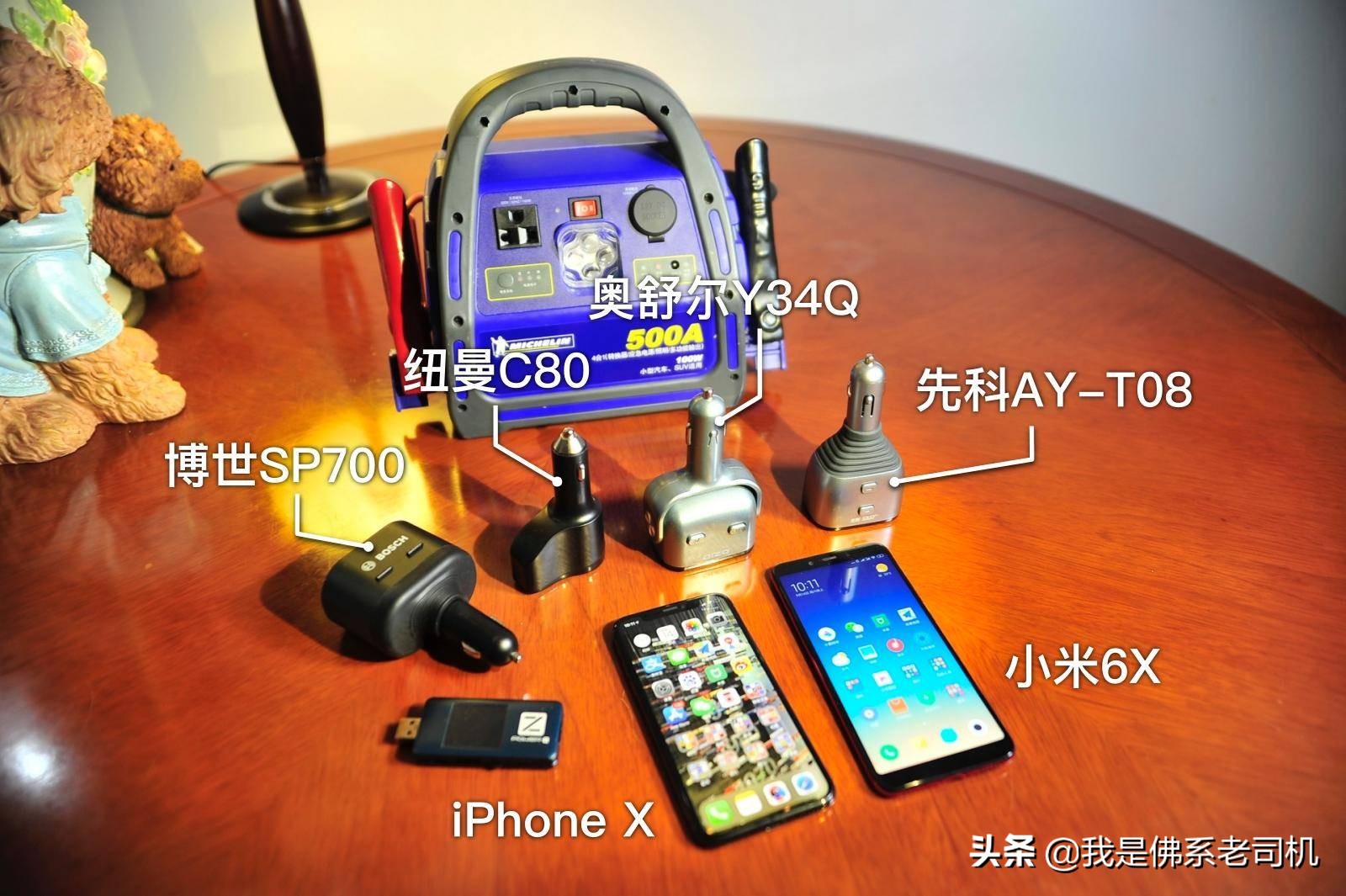 For the cigarette lighter HUB, now most mainstream feature is the cigarette lighter into two, used to plug in more electrical vehicle, such as recorders, air purifiers, electric heating cushion. In addition, it can also often provide two USB ports for charging mobile phones and other devices. The evaluation will focus on the fast-charge for the actual protocol adapter and USB interface charging time of four products to compare mobile phone charging performance, because it is our most common and test product quality. 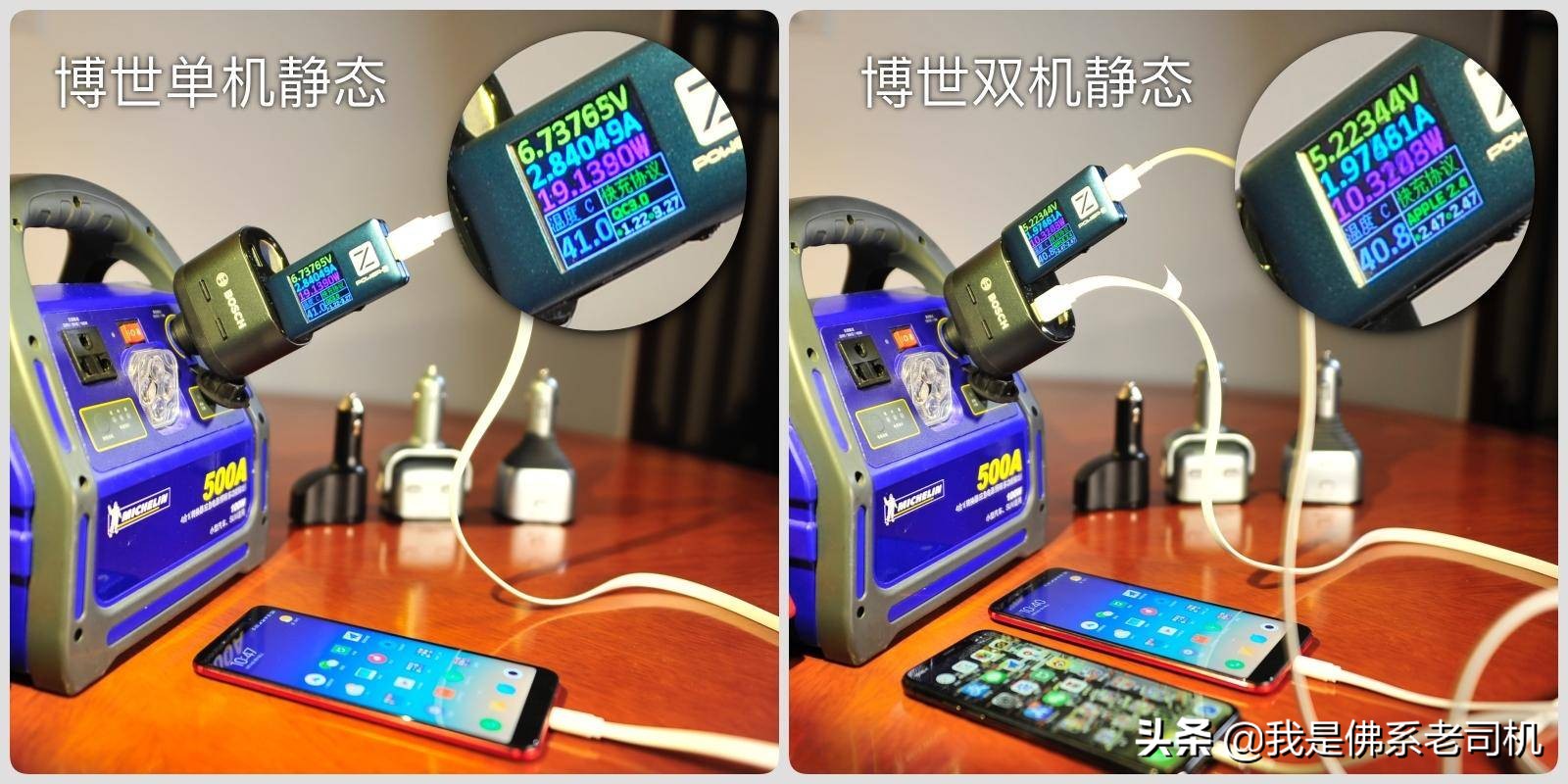 The four HUB in Bosch PS700 is the only all-metal housing built, so it is these four products are the best use of materials or workmanship detail. In addition to fine metal body, two cigarette lighter power supply control key feel more comfortable, with the design of the indicator, the full sense of feedback, can operate the blind. Using universal shaft between the plug and the connector body, the damper obvious sense, the body is very easy to adjust the angle of the actual use. However, due to a large nose, if the original car cigarette lighter port in a corner nook in will be more difficult to install, but you can choose to split design, performance, configuration identical Bosch PS500 model. 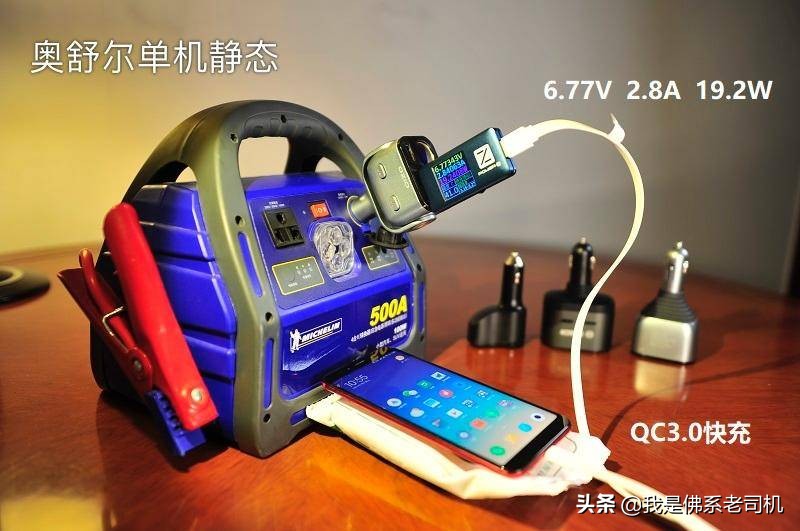 Yushchenko T08 although not as Bosch metal housing, but between the plug body and also uses a universal shaft, easy to access and adjust the angle, the keys feel in general, since the feedback to sometimes inaccurate, erroneous operation may occur.

OZIO (Aoshu Er) Y34Q not both products cardan shaft, connected to a single shaft instead of using only up and down to adjust the angle, if they are lighter particular location, the position of the interface can be adjusted by rotating the plug install cumbersome to maneuver, beaten to death obsessive-compulsive disorder.

Newman C80 the most rough work, plastic housing was relatively cheap, not enough fine detail work, but because of its small size, installation is very convenient. 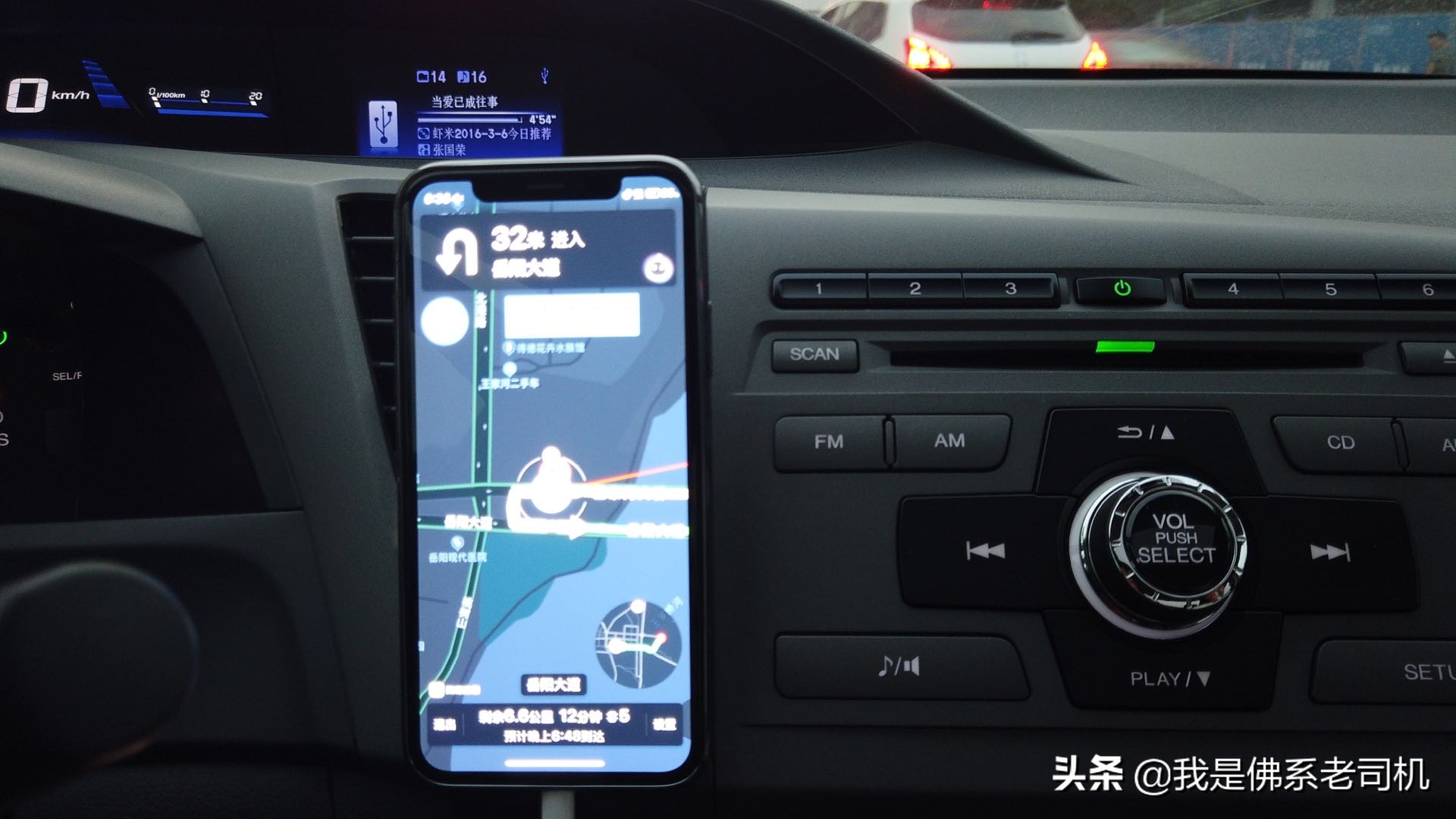 Before the next performance testing, require some explanation:

To test the fair Each HUB charging performance under different conditions on the phone, you first need to look at the phone features of the BMS algorithm. Also known as BMS battery management system for controlling charge and discharge of the battery. Whether cell phone battery or electric vehicle battery power, can not overcharge and over-discharge situation: Once the battery is fully power consumption will cause damage to the battery, and often overcharged battery can also cause premature aging, resulting in decreased ability to live. Therefore, BMS will automatically reduce the charging power of the battery when the battery charge reaches a certain level, this time regardless of the external power supply is forcibly reduced more metropolitan BMS.

This map is the relationship between the Millet recently released mobile phone charging time with the ability to fast charge a percentage of electricity consumption, it can be seen from the figure, when the battery is more than 85% after the charge rate will decline.

To really fair test of four HUB charging performance, it is necessary to select the amount of charge is less than 80% of the range for charging test

In this test I prepared ice packs for the “needy” cool phone, and strive to eliminate bottlenecks charging rate 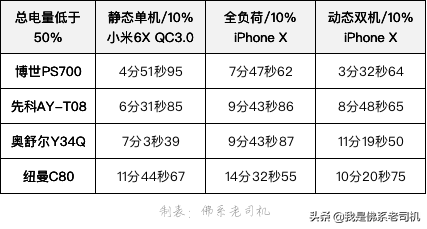 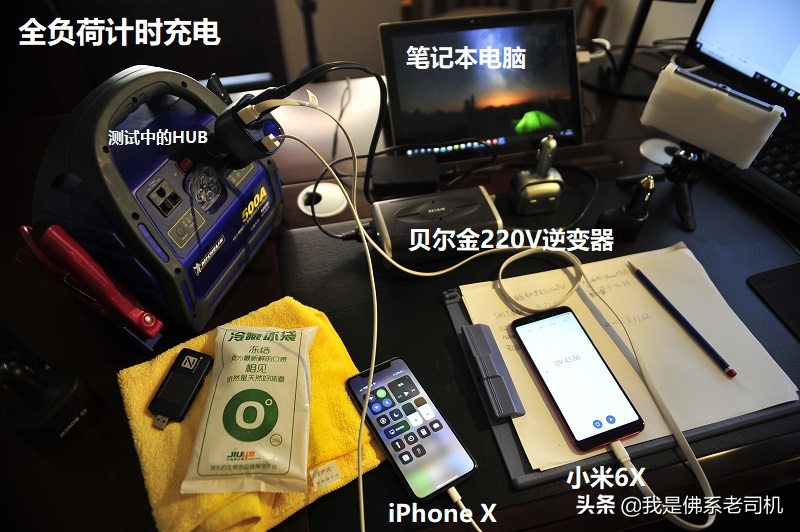 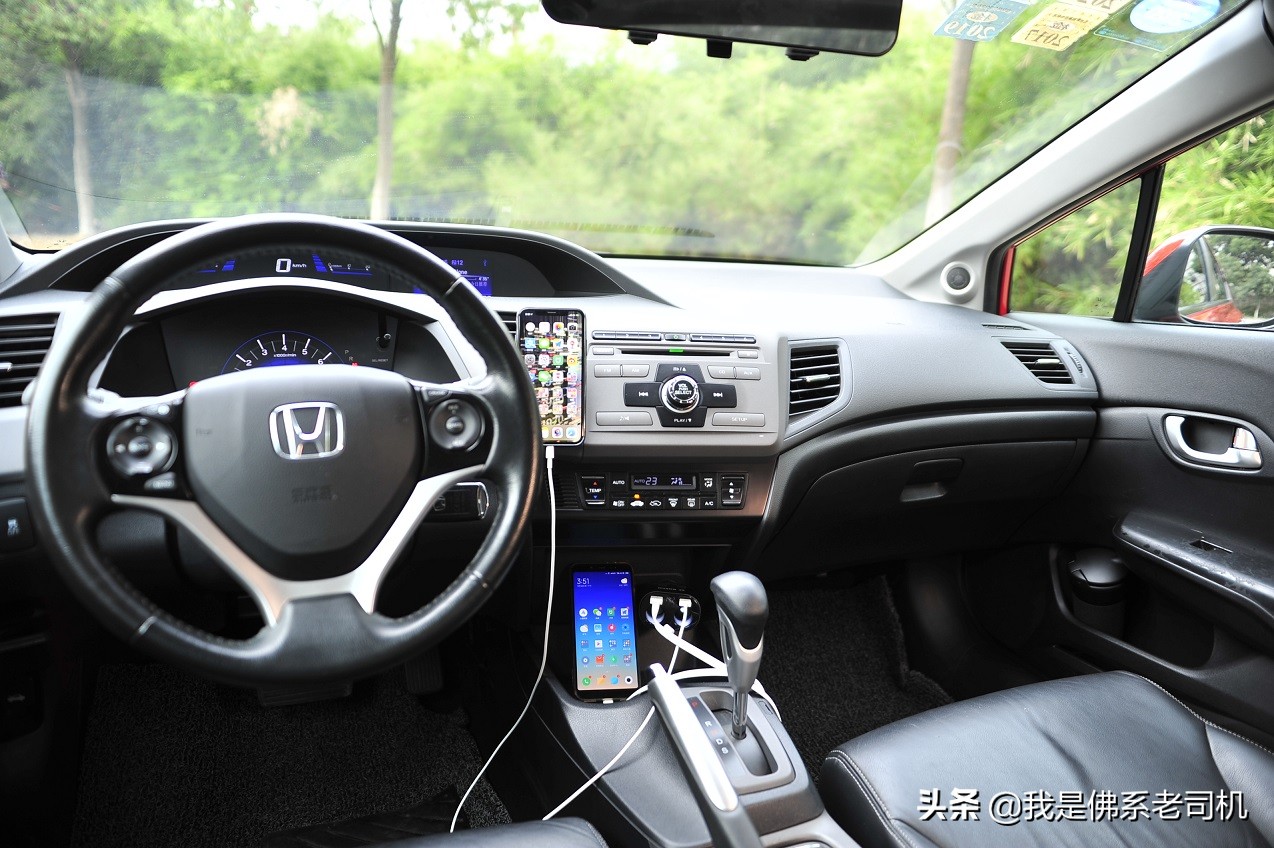 Test Method: The testing of four HUB charging timer, in the case of less than 50% of the cell phone battery, each record into the time required for 10% power, and cooling by ice bag phone to “fast-charge circumstances”, the phone as much as possible the temperature control at the maximum power charging temperature.

When shooting for the maximum power measurement digital picture. 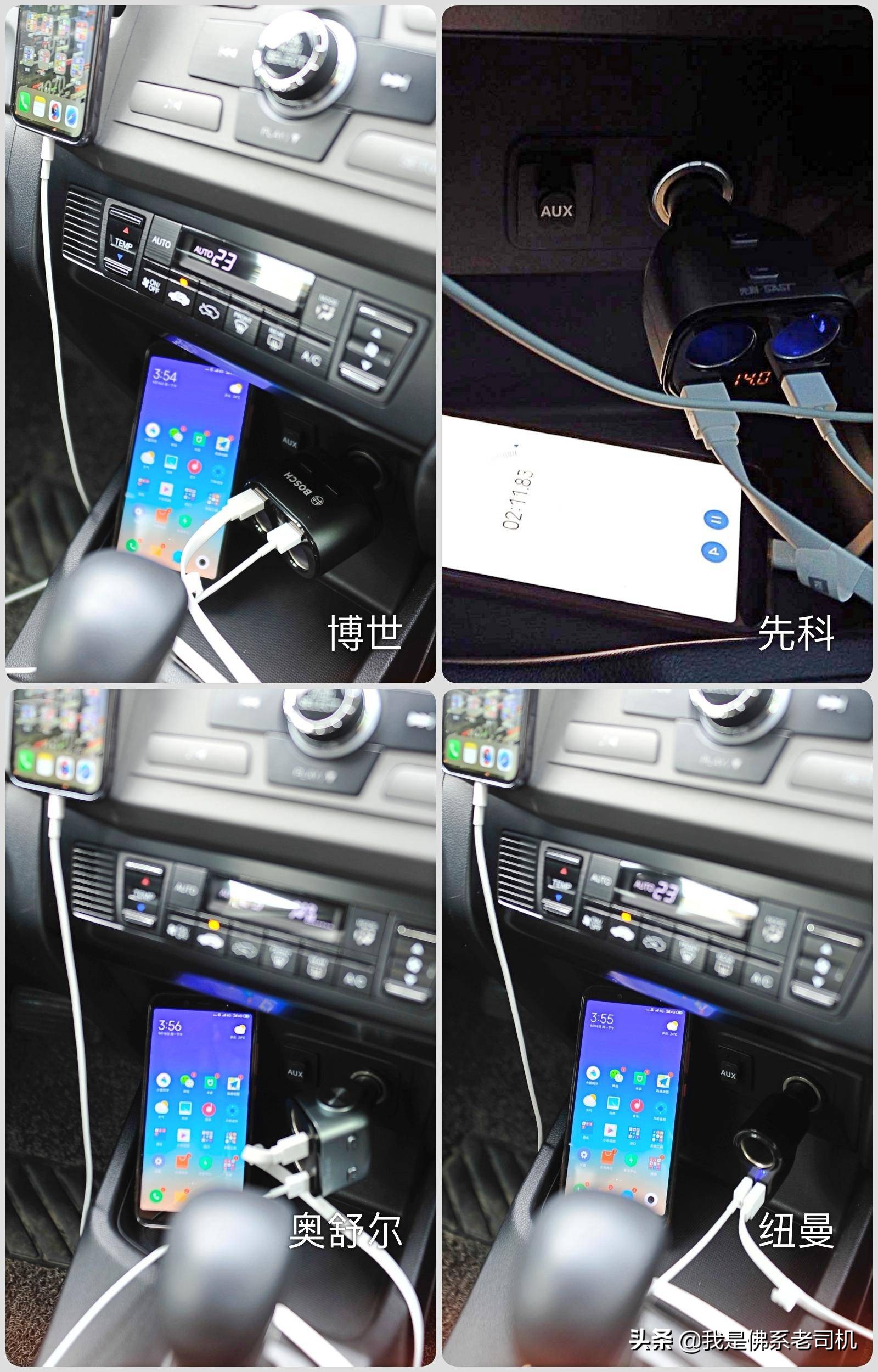 Bosch has a QC PS700 USB interface and an interface to 2.4A, millet alone to 6X charge, can quickly identify QC3.0 charging protocol, the beginning of charging power will rapidly climb to over 19 watts, but soon stabilized at 18W so, very small fluctuations in power stable. When both the phone while charging, charging power iPhone X may be stable at about 10 watts. 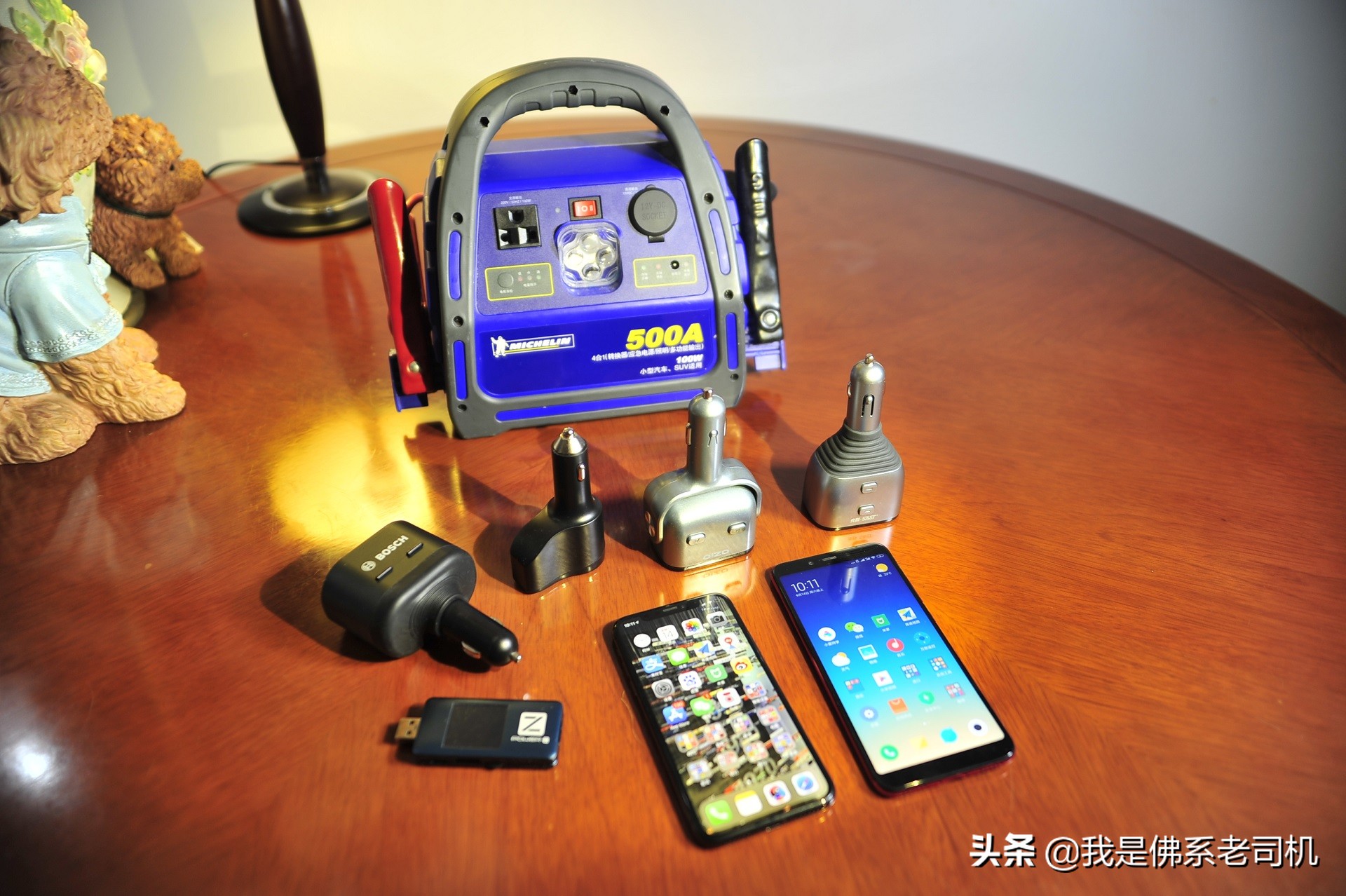 Yushchenko T08 has a fast charge QC USB interface, you can quickly identify the protocol QC3.0 fast charge, and charging power can be quickly climbed to 18 watts, even when the peak 19.2 watts, 17 watts but the power will -19 fluctuations between the tiles. And while charging iPhone X, iPhone is possible to obtain a stable charging power of approximately 9 watts. 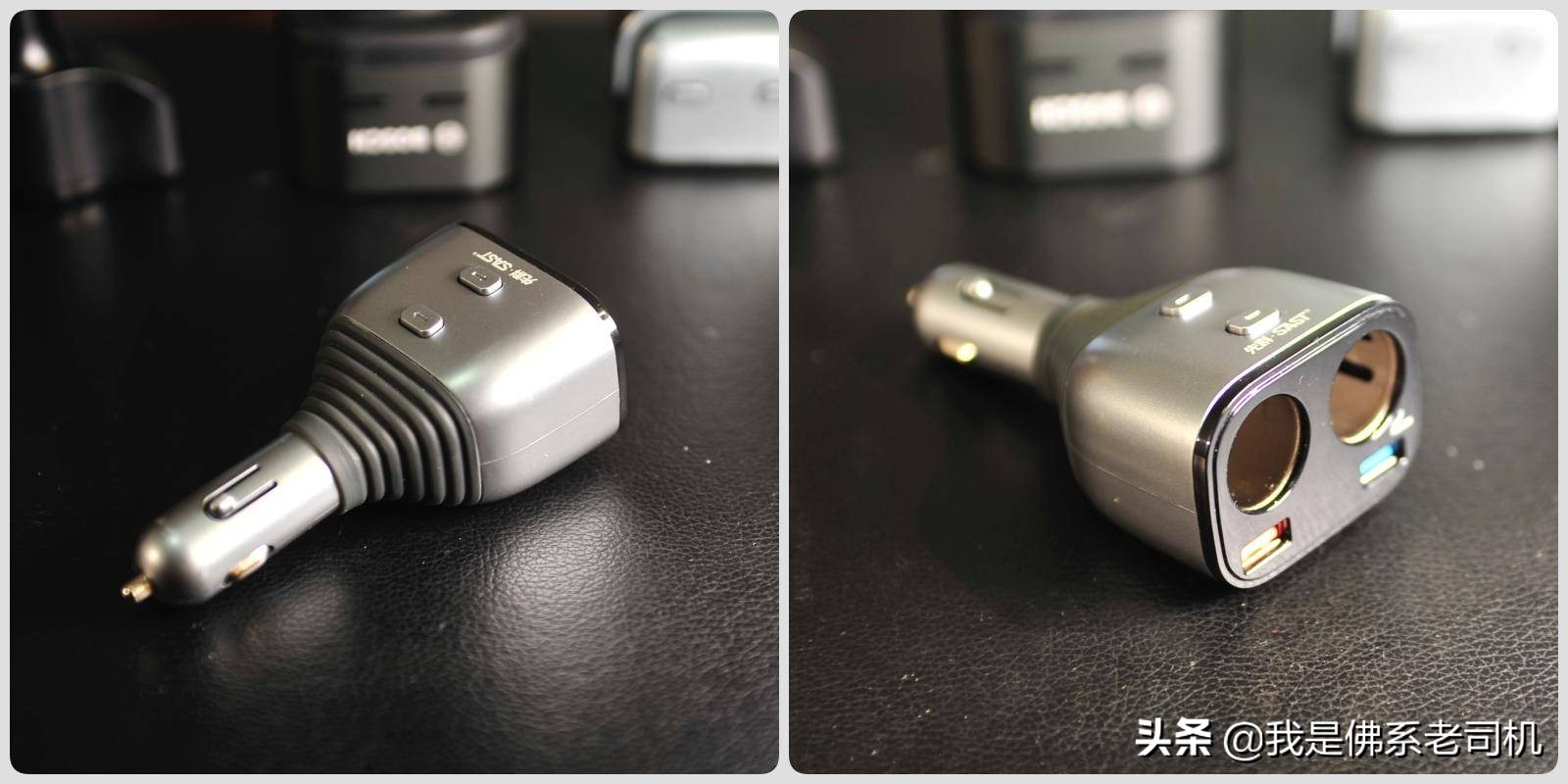 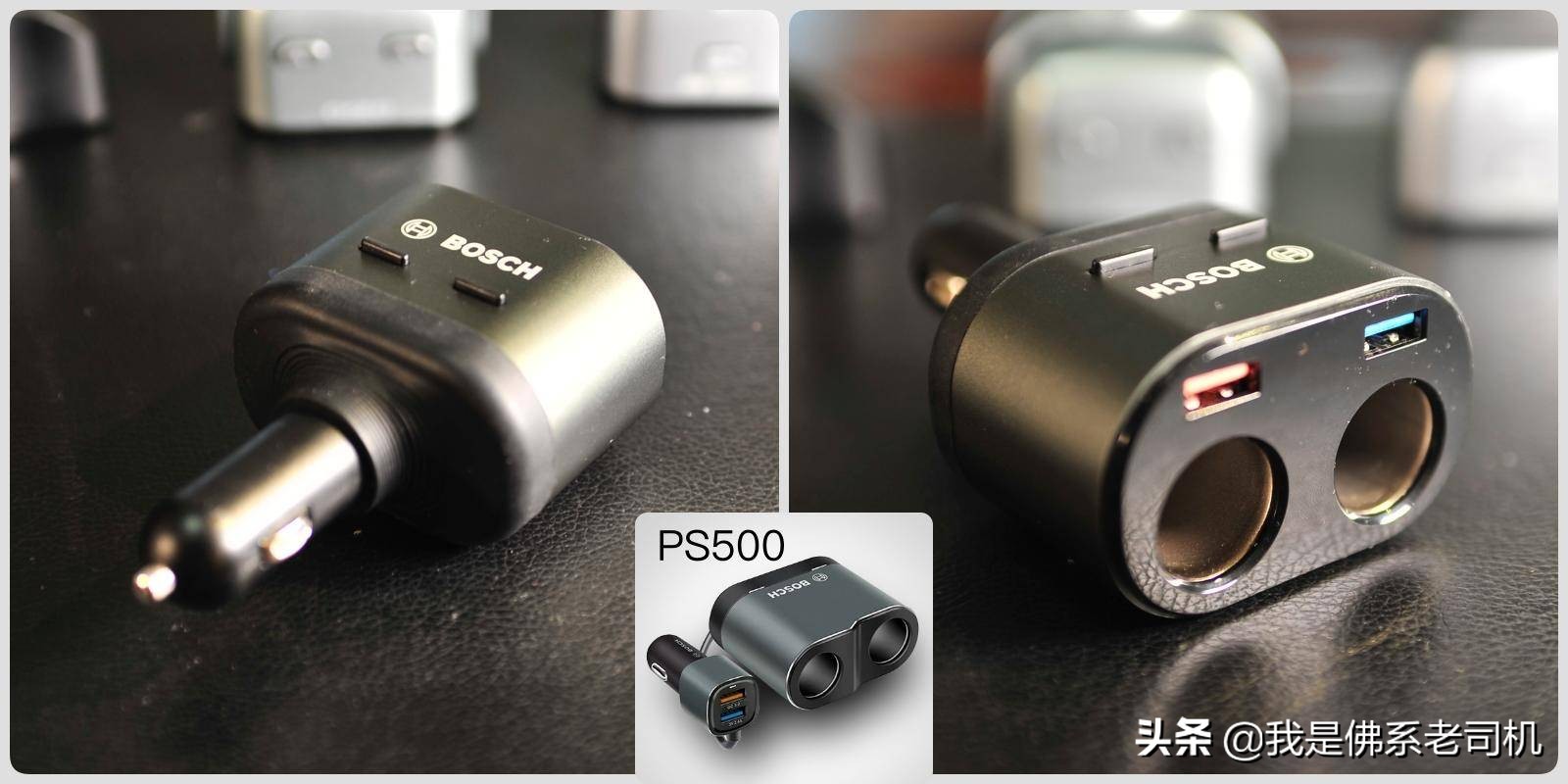 Two USB interfaces, QC interface millet 6X, fast charge ordinary USB interface iPhone X, and wherein a 12V power supply connected to a 220V inverter, and is connected to a computer Surface charging the phone battery with less than 50% in the case where the recording iPhone X for every time the power consumed by 10%. See the end the conclusion. 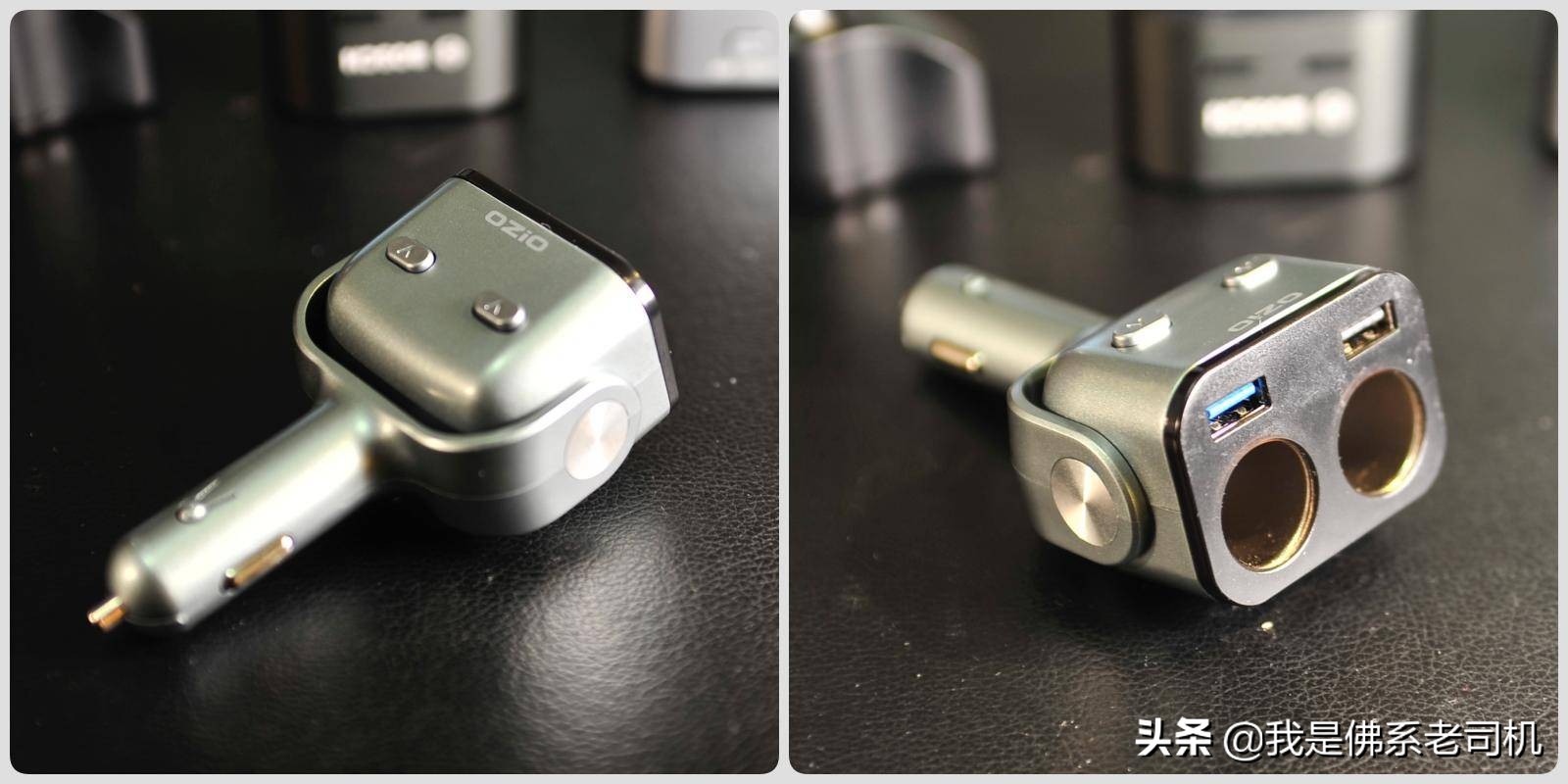 Then take a look charging when the vehicle normal driving.

In tests by the actual vehicle usage scenarios. QC fast charge USB interface millet 6X connection charge, another interface with the iPhone X connection, while using the music software to play music, car audio Bluetooth connection, the case of high moral map navigation, test double phone “side by side charge” of charging performance, and the main recording iPhone X 10% for every time the power consumed in the charge amount of 20-50% range.

Based on the above test, record charging the three conditions, respectively corresponding to the four phone HUB time

Based on the charging performance, appearance of the process, for ease of installation of the subjective and objective scores, each of the individual points of 5, a total score of 25 points, respectively, the last four HUB obtained total score. As can be seen, Bosch PS700 win over the other three products in the electrical performance, the appearance of the work well, but not as good as Newman C80 is more compact on the ease of installation, but Bosch can provide to the user PS500 split selection, can be considered a plus item.

12V car power HUB may seem simple, but we must pay attention to when choosing their mobile phones and charging performance to match, with a fast charge performance of mobile phones such as: millet, Huawei, Samsung, etc., be sure to select HUB has a QC protocol interface to meet the needs of fast charge. Four mainstream HUB this evaluation, the Bosch PS series, with its excellent workmanship, stable performance received the highest total score. Yushchenko and OZiO charge is also remarkable in terms of performance, charging stability but not as Bosch, fall under the wind so that the charging time in the final comparison test. Newman lack QC protocol interface, so greatly affected the charging speed, work is also relatively inexpensive, compact size but is very easy to install.

Car 12V power supply HUB takes a long time is the use of electrical equipment in the car, we know that the car environment is far worse than the indoor environment. So for

Car front-loading electrical equipment must meet the standard car rules-level components, the so-called car regulatory level mainly refers to adapt to the temperature and humidity range is higher than the standard level of consumption, and also need to be EMC, fatigue endurance test 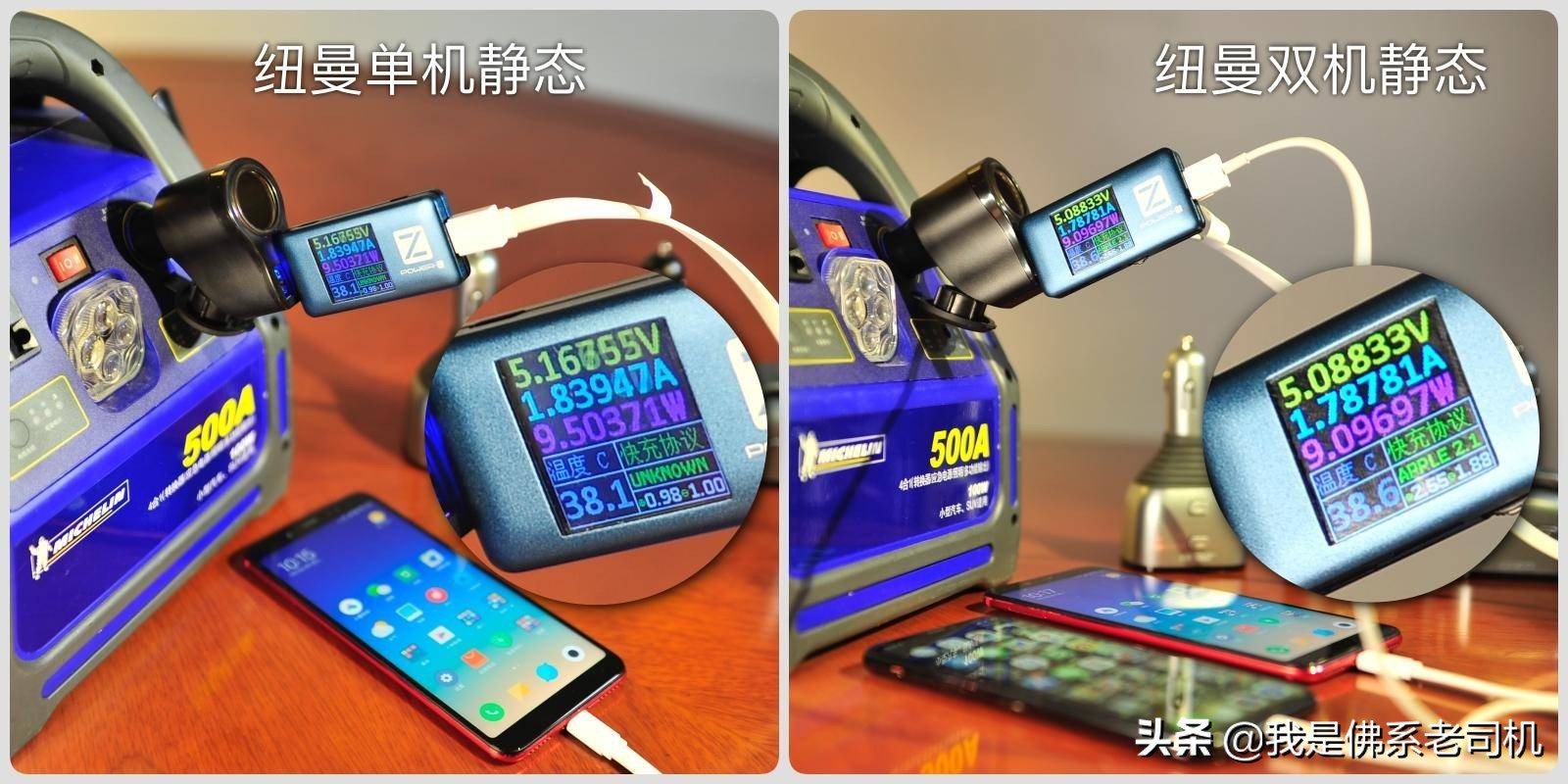 . This is also the reason we often see after the city installed in the control of auto parts big screen or other electronic devices are susceptible to bad, because there is no aftermarket car regulatory level requirements, so many businesses will be used in consumer electronic components installed after on-board equipment, automotive HUB as well.

Detecting means detecting formal professional include: cold humidity test, thermal shock, salt spray, vibration, electromagnetic compatibility, space radiation, plug and fatigue endurance testing experiments. Of course, this detection is very large cost, coupled with the country is not mandatory, so many manufacturers choose to give up testing. I suggest that you buy a product test report, not because of saving hundreds of dollars, affecting thousands of pieces of mobile phones.

I was “old Buddha line driver”, a former car circle practitioners, now write original nest at home, I like to focus on the content of me!